Winchester Wrap: Crit Round Up!

As the dust settles on another hugely successful Winchester criterium & cyclefest (take a bow Winchester council & Sponsors), that saw national cyclocross champion Ian Field & Christine Robson win the feature races here is a round up of the support races. 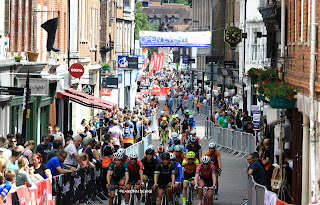 The under 8/10 boys and girls got the action started with Charley Hoy & Harrison Hendy leading the boys, Charley's dad Justin would ride the elite race a few hours later. 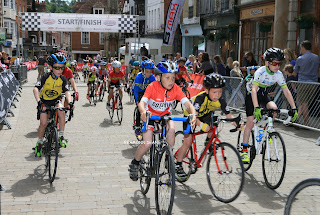 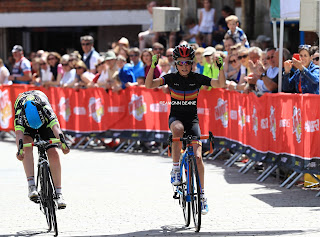 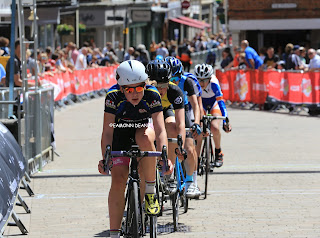 Zoe Backstedt triumphed in the under 14 girls race winning the sprint after spending most of the race on the front. 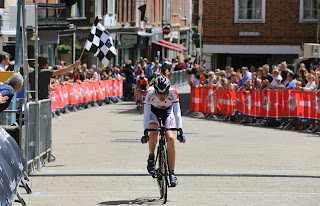 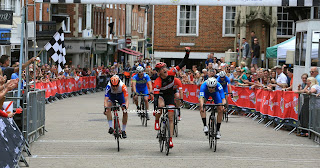 Darren Orchard took the 3/4th category mens race after a crash had halted the race with a small group holding an advantage of 37 secs. The race was restarted, the gap reinstated, Orchard taking the sprint ahead of Mark Herbert & Oliver Winwood-Bratchell. 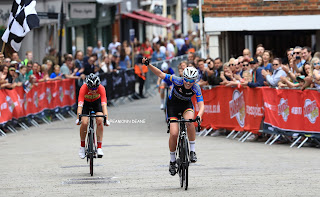 Katie Scott soloed to victory and the South region circuit race title in the U16 girls event. Scott rode away and smiled all the way to the line. The real action was going on behind though with Lucy Gadd, first unclipping her shoe plate then crashing on the back of the circuit while forcing the pace. Gadd could have been a contender but showed some grit to carry on, she even had the class to acknowledge Scott as she took the win with Gadd a lap down. Daisy Davies also impressed, digging in to overhaul the fading Zoe Backstedt, who was riding up, in the final two laps, with Backstedt not eligible for the championship it was Caitlin Peters who took a deserved bronze behind Scott & Davies. 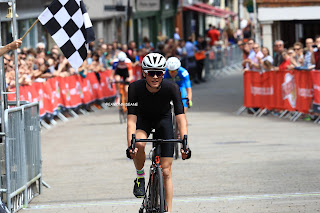 Louis Le Cheminant attacked early in the u16 boys race, too early? Le Cheminant did not think so, never looking back as he extended his advantage. Tom Couzens won the sprint for second ahead of Samuel Clark & Sam Freeman, Le Cheminant, Clark & Freeman the South Region winners. All in all a great days action, roll on next year!

on June 12, 2017
Email ThisBlogThis!Share to TwitterShare to FacebookShare to Pinterest