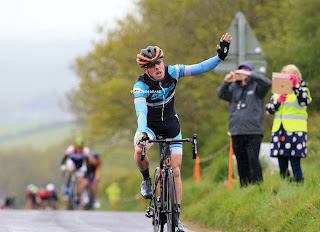 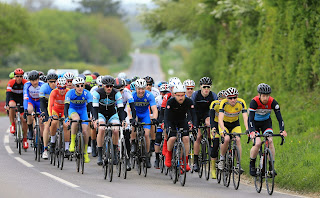 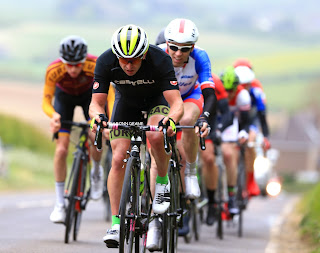 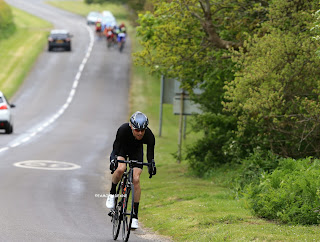 Bowers had pushed on after taking the first prime atop the tough climb in the Purbeck hills. Little was alert to the danger but could not make contact with the experienced Bowers and would regret his pursuit. The gap was never more than 40 seconds but Bowers was committed, Little,James Horton (VC ST Raphael), and Southampton University RC pair, Harry Chamberlain & Tom Ellis briefly escaped the thinning bunch on the climb but the descent came to soon to deter the chase from behind. Bowers tried hard but needed company and was back with the 18 riders that led the race across the line with two laps remaining in the 46 mile race. 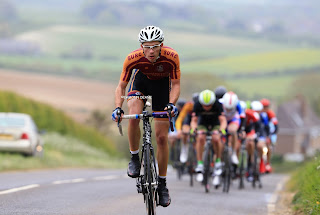 Chamberlain led at the bell, always strong on the hill the Uni man pulled out a small gap but it was quickly snuffed out. Still absent from the front, Puddicombe did well to keep out of trouble as the first significant rain in weeks left the corners slick, some skin was lost but nothing more. The 42 year old chartered surveyor from Sidmouth made his move as the race turned left onto the climb from the village of Coombe Keynes, avoiding another "chute", Puddicombe left it in the "big dog" for the first time and powered away, his fresh legs never challenged. James Horton is a fighter and worked hard for second place, the all-rounder chasing the overall in the Dorset League after coming second for the last two years. Tom Ellis, 20 years younger than the winner but riding strong took third place.
Enthusiastic race organiser, Tom Clements took the decision to move the race to the Lulworth circuit, a course that requires less accredited marshalls than the originally planned Pimperne course.
Photos on our FACEBOOK page 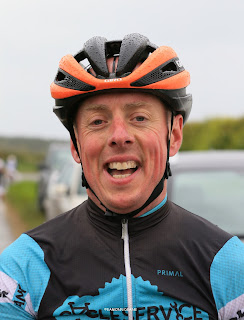 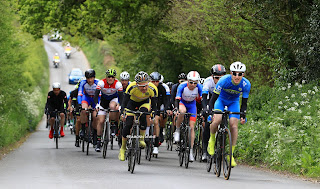 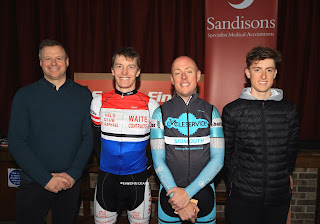 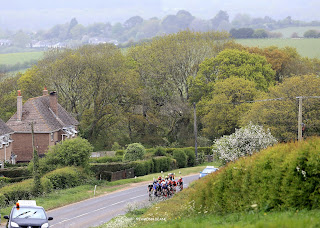 on April 30, 2017
Email ThisBlogThis!Share to TwitterShare to FacebookShare to Pinterest