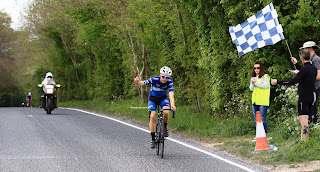 Dexter Gardias (BIKE Channel Canyon) won the Stockbridge Down race with a commanding ride on the tough, unrelenting Hampshire circuit. Gardias went away in the first move of the day with the always-dangerous Andrew Feather (Saint Piran), won the combativity award and forced the final, decisive attack for a well deserved win. Alexander Richardson made it a good day for Bike Channel Canyon taking second place, easily coming around the impressive Jack Stanton-Warren (Halesowen A &CC) after the 21 year old had been forced to chase Gardias on the final climb of Winton Hill towing Richardson in the process. It was Stanton-Warren who had forced the pace with 5 of 80 miles remaining and when Gardias & Richardson got on his wheel he knew 3rd place had his name on it.

How it unfolded:
BIKE Channel Canyon had been expected to boss the national B race but with Max Steadman drafted into the Totnes-Vire team and Joe Fry missing through illness there was opportunity for those willing to work. The mile long climb of Winton hill defines the race but the rolling roads and heavy surface always provide a tough battle, even on a bright spring day. 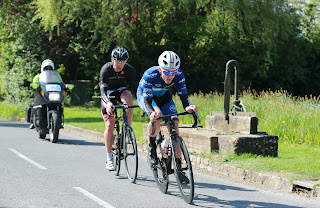 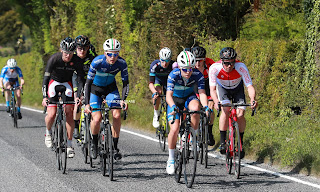 Stanton-Warren applied pressure the fourth time on Winton, taking Downie, the fast improving Barfoot and of course Gardias but it was altogether again after Crawley, the gap even dropping to 1:45. At the bell it was still Gardias & Stanton-Warren on the front but it was getting cagey. 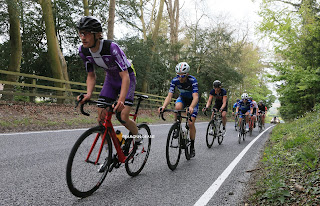 Richardson had a few digs heading back on the A30 but it was Stanton-Warren who took advantage of the tired hesitation in the wheels inevitably though he was outnumbered and when Gardias made his move Richardson had a free ride to the line. Mitch Webber looked full of riding, producing his best performance in a race promoted by his father that always adds a bit of pressure, the Raas in Ireland is in his sights. Ben Marks(Morvelo Basso) followed Webber across the line, another solid race,picking riders off on the climb despite stitches in his hand from a mountain bike crash, Marks even gave his bidon to a thirsty Stanton-Warren before he rode away. Before the race the peloton observed a minutes silence in memory of Michele Scarponi (Astana), who died in a training accident near his home in Italy the previous day 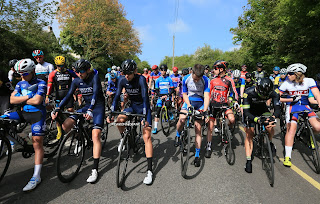 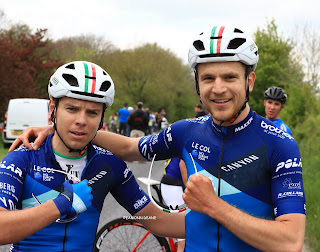 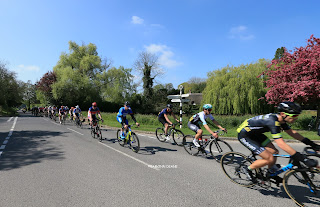 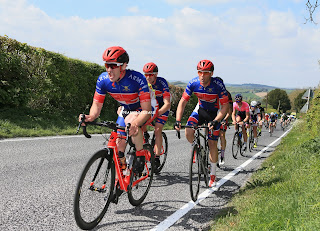 More Pics on our FACEBOOK page
Rider Reaction
Dexter Gardias
"We knew it was a tough course, we knew we had to force a move really, Andy Feather forced the move and was riding strong but it is quite a long day. There are some tough climbs, people dont want to put themselves in the red to early. It slowed down a bit on the last lap but we had a big gap and you need to save a bit for the last climb. We got away (Richardson & Stanton Warren) on the descent to Stockbridge, we hit the climb and i just attacked at the bottom.We came for a good thrash!

Alex Richardson
"Dex, Mitch and myself were attacking on the last lap, Dex and Jack finally got a gap and i kicked again over to the move, i could sense there was hesitation behind and from then on it was all positive, Dex and i had power, Dex went at the prefect time and i had it good, i just had to sit on the wheel, i had to dig deep to hang on but i knew i could still kick at the end. I think it is a fantastic job by the team, we worked well the the break was never coming back" 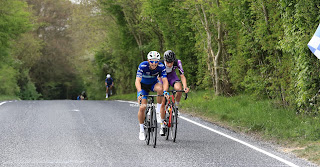 Jack Stanton-Warren
" Came back from the Tour of the North last week, i thought i would go well, just keep an eye on all the "pros". The course is hard and sorts things out, its really good, everyone was taking a turn in the break. On the back of the course everyone was just looking at each other so i just kept pedalling and got a gap so i just put my head down. Alex and Dexter got to me and we worked well, it was hard but it worked. I knew they were going to do a 1-2 so i just rode as hard as i could, Dexter came round, i tried to make it hard for Alex but could not get rid of him"

Mitch Webber
"We all know how to race, tactics are not really a factor, i followed a few moves and got in the move. I did fell very strong the way it panned out on the last lap anyone could have got away, i sat on and kicked half way up the climb. Its only a National B but when its your dads race it adds a bit of pressure"

Mike Ford
" Took my chance to get in the break, i had to work really hard every time up the climb, that was where i was suffering, once i got over the top i felt alright. We worked well together, i knew i was not going to win it but really pleased with a top ten"

Ben Marks
"I kinda of missed the move at the end, a bit stupid of me"

Matt Downie
"The legs were feeling ok, i wanted a bit more than seventh but it is the first race i have finished since Perfs so i was not sure of my condition. I gave it a go on the last lap as the paced had slowed but it came to nothing"

Andrew Feather
" I went away early, Dexter was strong, it was a bit early but i thought i had nothing to lose, i am not really fit at the moment. As soon as you do a bit off the front on your own you knacker your legs"

Will Harper
" I positioned myself well where i thought it would go, a few soft moves went on the A30 and when Bike Channel got in there the gap went out quickly. I got away on my own for a bit and had a good finish, just the wrong group, i was probably a bit too relaxed"

on April 23, 2017
Email ThisBlogThis!Share to TwitterShare to FacebookShare to Pinterest