Bronze for Latham in Hong Kong 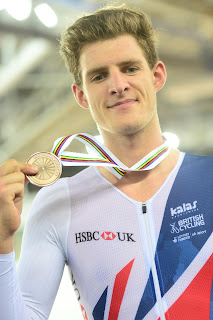 Great Britain Cycling Team’s Chris Latham won the bronze medal in the scratch race on day two of the UCI Track Cycling World Championships in Hong Kong.
The 23-year-old timed his finish to perfection to win a bunch sprint to cross the line in third place and to win Great Britain Cycling Team’s second medal of the championships.
Poland’s Adrian Teklinski won the rainbow jersey with Lucas Liss from Germany winning the silver medal.
Latham said: “I’m really happy with that. The lads were unlucky in the team pursuit. I’m happy to come away with a medal, finally.” 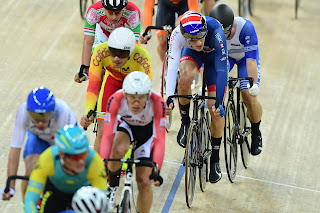 Joe Truman finished in a respectable eighth place overall in his debut World Championship keirin event, with Welshman Lewis Oliva going out of the competition in the first round. Katy Marchant missed out on a place in the 1/8th finals in the women’s sprint event.

Courtesy of British Cycling & SW Pix
on April 13, 2017
Email ThisBlogThis!Share to TwitterShare to FacebookShare to Pinterest