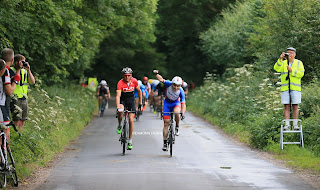 John Samways ()Bournemouth Jubilee Wheelers) brought the curtain down on the 2016 Moreton race series, a rare breakaway win as Laura Rayner (Westbury Wheelers) finally got the better of Molly Haycock (Bournemouth Arrow) in the Women’s race. 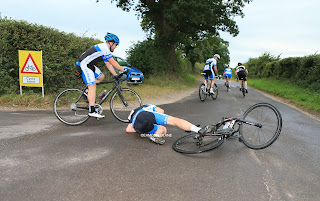 The final race of the Bournemouth Cycleworks sponsored series started on wet roads with last year’s penultimate round winner, Bob Ford (UK Biking) one of a few to get caught out on the greasy surface,Ford was quickly up and chasing. 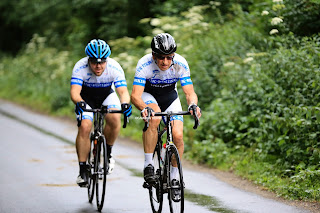 The handicapped race was altogether with two, 3 mile laps remaining, with most expecting the usual bunch gallop, Samways & Lockwood had not read the script. 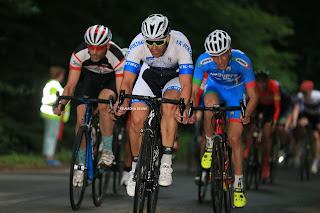 The discreet enquiry from Lockwood, “have you got the legs?” was answered in the affirmative by Samways and the pair quickly opened up a small gap as the bunch hesitated. Turning into the long finishing straight they started to believe, the in-form Samways hit the front as the bunch began to chase but it was too late, the equally in-form Lockwood happy to take an honest second place. Third place Ed Hatfield (PrimeraTeamjobs) celebrated thinking he had won, unaware the race was up the road, he won’t make that mistake again. It was a disappointing night for the Primera team, with both Jason Gault & Jason Eastwood suffering punctures and failing to finish. 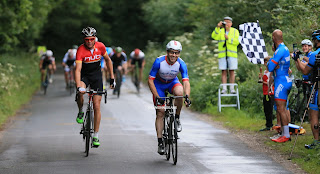 Rayner had attacked early in the race, taking Haycock with her. They spent a lap off the front, Rayner pressed on the pedals but Haycock, confident of her finishing speed, was never fully committed and the race was altogether at the bell. 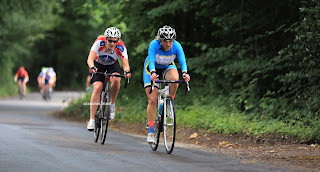 The two-time winner would not be denied though, edging out Haycock on the line to make it three wins for the series, her enthusiastic celebrations? a mixture of relief and compliment to Haycock. 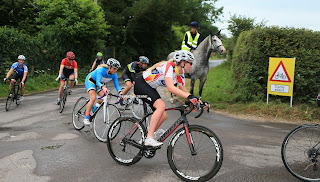 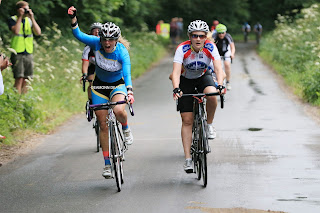 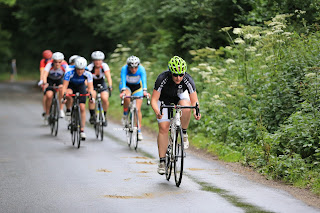 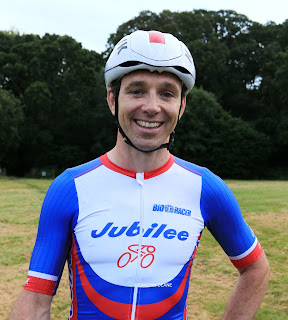 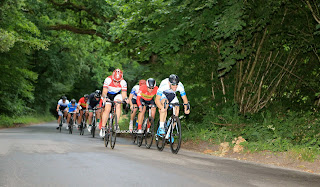 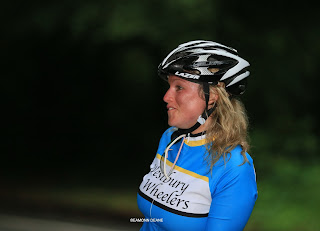 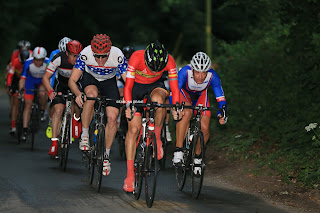 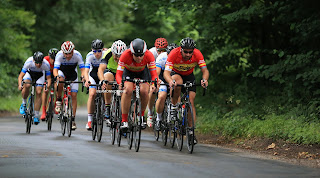 on July 21, 2016
Email ThisBlogThis!Share to TwitterShare to FacebookShare to Pinterest