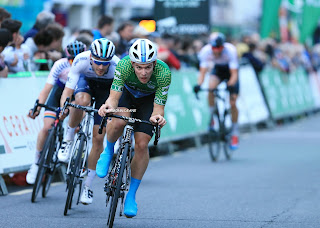 Chris Opie has announced his retirement from professional bike racing.
The Cornish sprinter clipped in for the final time at round 10 of the Tour Series in Salisbury on Thursday night.
He leaves Canyon Eisberg and the peloton suddenly to pursue an exciting new opportunity within the sport, which will be revealed in due course.
In the meantime, though, the 30-year-old will reflect fondly on 20 years of highs and lows, travelling the world with his bike. Opie said:

“While I never achieved all the things I wanted to, maybe never came close, I leave the sport having experience things I never dreamed possible.
“I’ve met my wife and made so many great friends, none of which would have happened without bike racing.
“I’ve travelled the world, raced everywhere really. Apart from America, which is a shame because that would have been cool.
“But it has been an amazing journey. The highs outweigh the lows, even if it doesn’t always feel that way at the time.
“I will be staying in cycling and, hopefully, I can put all those years of experience to good use in the future.”

Opie signs off with six UCI victories to his name, including an emotional general classification success in the Ronde van Midden Nederland in 2016.
He has sprinted on to countless high-profile podiums, most recently when chasing home World Tour stars Dylan van Groenewegen and Caleb Ewan on the opening stage of the Tour de Yorkshire last season.
He has mixed it with the finest sprinters on the planet in races such as the Tour of Dubai and registered countless top-10s in Europe and beyond.
The former Rapha Condor JLT and ONE Pro Cycling man also boasts three individual wins in the Tour Series as well as overall glory with Team UK Youth.
However, it is the people he’s met and the memories he has made which will last longer in Opie’s mind than any of his successes. He said:

“My career highlight would have to be winning my home race – the Ronde van Midden Nederland.
“I had first been there 18 years earlier, in 1999, and had huge history with the area having met my wife there.
“So to win that race was really cool. But it is the people you meet along the way who are so special.
“The sport brings out the best and worst in people but everyone goes home with a positive experience.
“I’ve felt trapped in sport and depressed at times because of how hard it is. But I leave with only positive feelings.
“So many people in the sport are willing to help and I think that is quite rare in any walk of life.
“I have to thank anyone who has been a part of my career since I started out as a 10-year-old in 1998.” 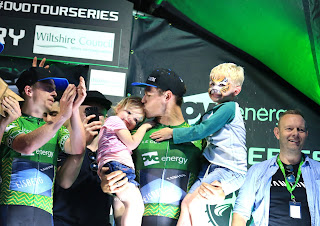 Opie is sad to call time on his spell with Canyon Eisberg, a team he has been extremely proud to be a part of over the past 18 months.
He reckons the squad and the collective spirit within the whole outfit is like none he has ever been a part of. Opie said:

“Over the past 18 months I have had chance to be team-mates with people again who I’ve ridden alongside earlier in my career.
“These are guys I love to bits. This team is like no other I have raced with, it really is something special. I’ll be devastated if I get removed from the WhatsApp group!
“Tim has such a great group of people. And how they all work together and everyone helps each other is amazing. It is so rare.
“Everyone supports each other in such a positive way. No-one begrudges anyone else success. They all celebrate the same.
“And the time people put in behind the scenes. This just doesn’t happen anywhere else in my experience.”

And as he climbed off for the final time, the Cornishman has a message to young riders rolling out for the first time. He said:

“I’d tell people coming into the sport to enjoy it first and foremost. And seek expert help whenever you don’t know something.
“Then it is a case of being nice to everyone and staying healthy. The rest you can read in my book!” 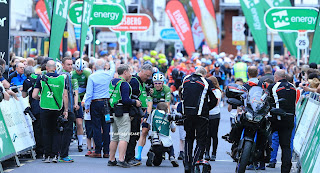 on June 01, 2018
Email ThisBlogThis!Share to TwitterShare to FacebookShare to Pinterest

Perfs Through the Years 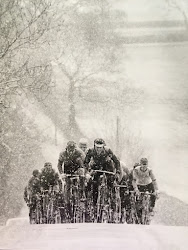 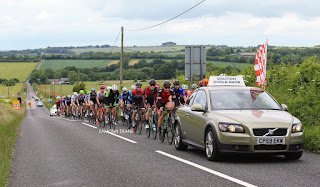