Victory for Sotonia in the New Forest Interclub TT
18 May 2018
The annual “interclub” competition between Sotonia CC and New Forest CC was held on two separate evenings on the P164 course near Lyndhurst. The first leg was a 10 mile TT organised by New Forest CC on 1st May, with the second leg being run on the less common 15 mile variation of the course on 17th May and organised by Sotonia.

On both occasions Paul Lockyer from New Forest CC posted the fastest time of the evening, with Ant Gritton from Sotonia posing the only real threat to Paul.

Sotonia would like to thank everyone that competed in the interclub competition, particularly those who don’t usually participate in time trials!

A special mention goes to Sotonia riders Jonathan Hall and Angela Burnikell. Jonathan completed the last 7 miles of the 15 mile event on a flat front tyre to ensure he got his 1 point for finishing. In the same event Angela did a 38:27 and in the process broke the Sotonia women’s record for 15 miles! 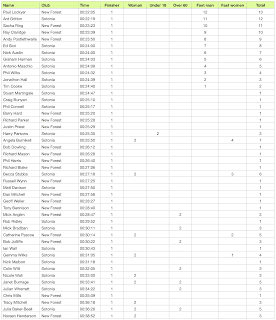 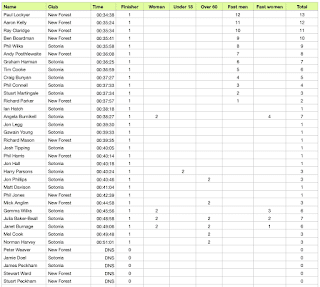 on May 21, 2018
Email ThisBlogThis!Share to TwitterShare to FacebookShare to Pinterest