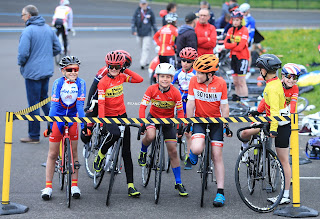 Rain forced the cancellation of the Telesoft Bournemouth Track League after just three events. Dark clouds were threatening as 2 warm-up scratch races got the 2018 season underway and the rain was falling before Conal Low-Grier (VC ST Raphael) pulled clear to win the senior affair. Oliver Pettifer (Poole Wheelers) working hard for the win in the youth race. 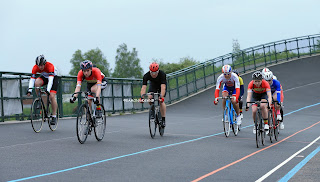 Some flying 200s were possible but Organiser Richard Eastham had no complaints when chief commisaire Colin Price called an end to proceedings at the weather-dependant track at Ensbury Park. "It was good to get the league up and running, the vagaries of the English weather have beaten us tonight" said Eastham. 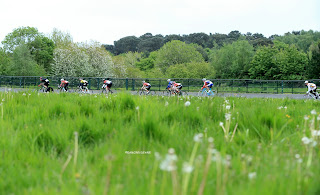 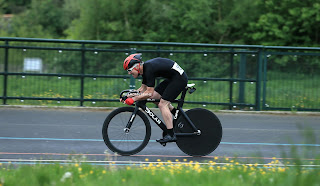 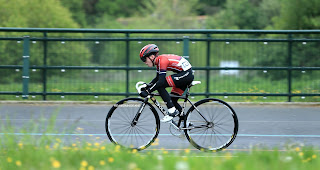 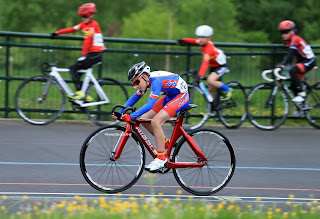 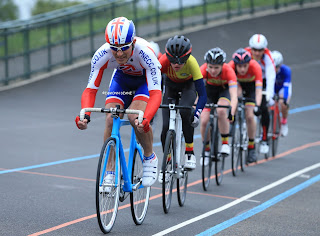 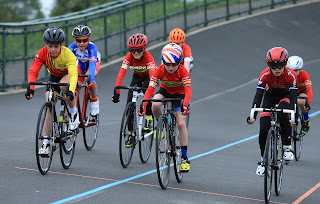 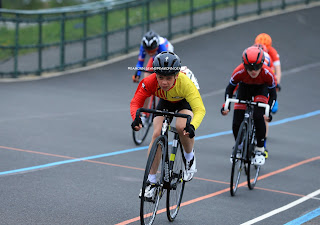 on May 11, 2018
Email ThisBlogThis!Share to TwitterShare to FacebookShare to Pinterest