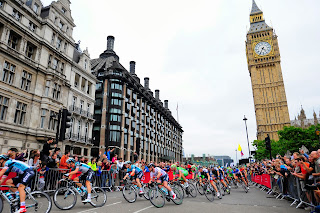 The tenth edition of Britain's biggest professional cycle race has concluded with a double success for British riders, as Mark Cavendish took the final stage in London with Sir Bradley Wiggins winning the race overall and the IG Gold Jersey.

Cavendish held off fellow stage winners Sam Bennett and Elia Viviani on Whitehall for his third stage victory of the week long race, winning the final stage of The Tour of Britain for the third successive year.

"The feeling at the moment is more relief than anything else to be honest” said Wiggins afterwards. "It's a funny one, you want to win it and when you cross the line you feel relief more for your teammates that you've fulfilled the job.

"It is pressure for the whole week. I said I wanted to win it and put my hand up and then to take the jersey on day three and to defend it throughout.”

Hundreds of thousands of spectators turned out for the final day's stage in London to witness the final 88-kilometres of the 2013 Tour of Britain. Packed crowds lined the circuit from Whitehall to the Tower of London to cheer on the world's top riders after eight days of intense competition in

Wiggins won the Stage Three Individual Time Trial at Knowsley on Tuesday, holding the IG Gold Jersey for the remainder of the race through tough stages in Wales and Devon. Next up for the 2012 Tour de France winner, the first time a Grand Tour winner has won The Tour of Britain, is the World Time Trial Championships in Italy on Wednesday. 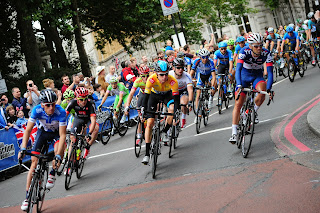 "It's a bit like the Tour last year, we've planned for this for so long that I'll enjoy tonight with my family and then tomorrow when I arrive in Italy I'll be straight out on the bike and my focus turns to the time trial and then Wednesday I race.”

Speaking after his victory, Cavendish said, "It was really really nice. Last time we were here a couple of years ago there was a big crowd, but nothing compared to that today. What's happened to British cycling in the last couple of years, especially this race, has been incredible.” 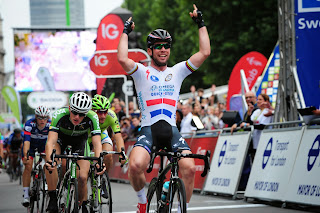 Movistar's Angel Madrazo added the Yodel Direct Sprints Jersey to the SKODA King of the Mountains title he sealed on Friday's Devon stage. The Spaniard becomes only the fourth rider in The Tour of Britain's ten year history to win two of the classification jerseys in a single Tour.

Madrazo survived a last minute scare as Team IG Sigma Sport's Peter Williams initially took the honours but was disqualified from the stage's second Yodel Direct Sprint after interfering with his rival in the sprint, thus reinstating the Movistar rider at the top standings.