Stephenson to Ride Tour of Britain

Will Stephenson has been called up to ride the Tour of Britain after his Rapha-Condor JLT teammate Felix English was forced to withdraw with illness. At eighteen, Stephenson from Ringwood will be the youngest rider in the race but he has acquitted himself well in his first season with Rapha. The former Bournemouth Arrow & Primera rider said “I am pretty shocked and really nervous, I feel really bad for Felix but I am also really excited about the opportunity , I can’t wait!” Stage six of the Tour of Britain starts just over the Dorset border in Sidmouth,Devon and features the first ever hill top finish at Haytor. The eight stage tour gets underway in Peebles in the Scottish borders this Sunday (15th). 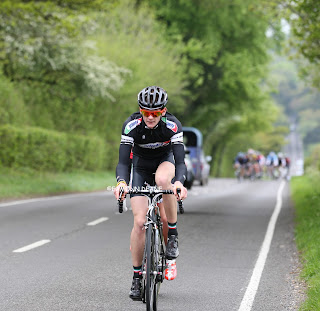 on September 10, 2013
Email ThisBlogThis!Share to TwitterShare to FacebookShare to Pinterest