Yates outsprinted Martin Elmiger, who moved up to second place overall, and Sky's David Lopez, as an elite group of nine riders contested the stage win in Devon, including Sir Bradley Wiggins among their number. 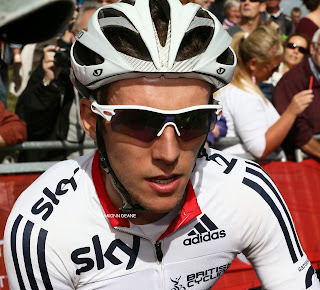 Wiggins retains his hold on the IG Gold Jersey, although his lead is slimmed to just 31 seconds over Elmiger, after the Swiss rider finished five seconds up on Wiggins. Ian Stannard lost his second place overall, dropping to seventh after finishing 20th on the stage. 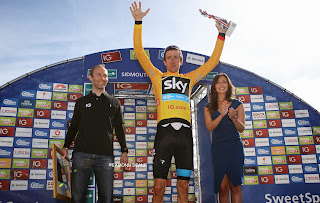 "From my position I couldn't really dictate anything so I had to wait and wait and wait”, said Simon Yates afterwards. "Slowly, slowly people were slipping off the back and the attacks from [Nairo] Quintana and Dan Martin and such whittled it down so I could enjoy the moment as we came to the line.”

After initial attacks from Martin and Quintana on the lower slopes of Haytor the Sky led group came back together at the front entering the final two kilometres, with Wiggins setting the pace on the front. 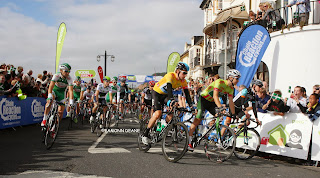 As the road once again rose inside the final kilometre MTN Qhubeka's Sergio Pardilla and Bardiani Valvole CSF Inox's Francesco Manuel Bongiorno both tried to break clear, but the steep final pitches nullified their moves. As the group stretched out it was Elmiger who went clear, with Lopez following and looking set to repeat his ENECO Tour win on La Redoute last month until Yates surged past with enough speed to carry him two seconds clear of the duo.

Wiggins crossed the line seventh, keeping the IG Gold Jersey going into a fourth day of racing and was pleased with how the South West stage had gone.

"It was actually pretty good, it was a short stage with good weather. We seemed to be in control most of the day and then it pretty much all came down to the final climb really. The team took the strain and then it was just a case of time trialling to the top for me really.”

"I did at one point but then I decided not to be too greedy and just focus on the jersey more than anything really. I should have won yesterday really thinking about it, but again the priority is always the GC when you're in the jersey.”

Looking ahead to Saturday's Stage Seven in Surrey, Wiggins refused to be complacent even though the biggest challenges of The Tour were now over.

"I think these were the two stages really where you expected there to be a difference, but again Mick's [Race Director Mick Bennett] just said to me 'I wouldn't underestimate tomorrow', tomorrow's another tough day, it was a sprint last year, but nothing has really challenged us so far to the point of us losing the race.” 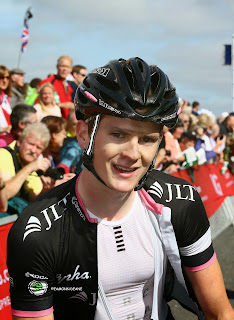 Will Stephenson (Rapha Condor JLT) finished in 43rd place and moves up to 47th on GC @17:17. Speaking after stage 6 Will said “The final climb was ok we took it steady, it went on quite a long time. It’s all still a bit of a shock, I knew the race would be hard but this is just another level, I am really enjoying though, it’s great. The team have told me to just sit in and try to recover up until now, today is the first day I have been told to try a get in a break. The legs are feeling alright, i will definitely get to London”

Stage Seven sees The Tour of Britain return to Surrey for the penultimate leg of the tenth anniversary Tour. The stage heads from Epsom to Guildford, starting from Epsom Downs Racecourse at 12:00 with the finish coming on Guildford High Street expected shortly before 16:00. 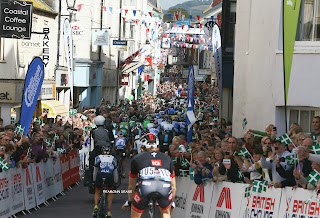 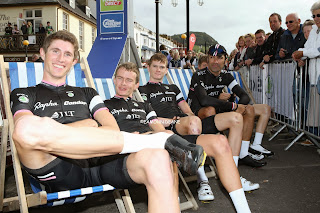 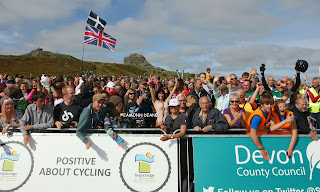 For full Stage Six results and standings, please click here.
on September 20, 2013
Email ThisBlogThis!Share to TwitterShare to FacebookShare to Pinterest