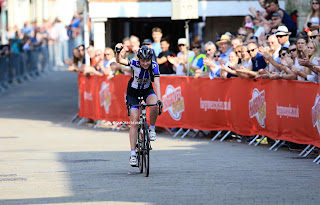 Pfeiffer Georgi (Liv CC-Epic Coaching) was the star of the show at the Southern Region circuit championships at Winchester, winning the U16 girls then stepping up an hour later to take the senior title. Showing confidence beyond her years and having the courage to fail (not that that was going to happen), Georgi gave us all a glimpse of what’s to come. The 15 year old simply rode away from the field, steely green eyes focused on the road ahead, focused on the future. 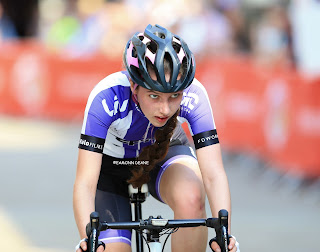 Team WNT pair, Corrine Clark & Rebecca Carter, tried to chase but the harder they tried the faster Georgi went. “She is awesome, she is a bit special” said eventual silver medallist, Clark. 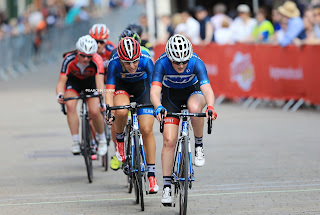 Georgi made her move early on the tight town centre circuit pulling out a lead of 45 seconds, following the racing line as she soloed away. Jennifer Powell (Elitevelo-Kalas Sportswear) benefited from the WNT hard work, taking third place from Carter. 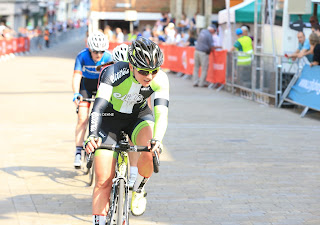 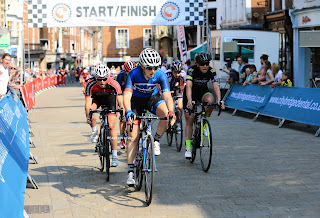 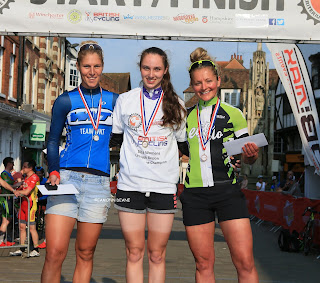 Georgi had employed the same tactic in the U16 Girls race, leaving the hard working Caitlin Peters (I-Team CC) 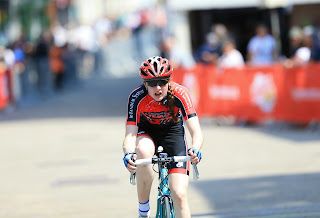 to take silver with Lucy Gadd (Poole Wheelers) sprinting for the bronze medal. 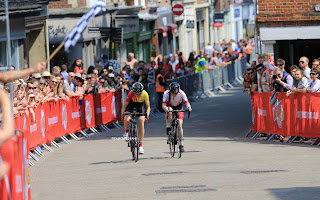 Pfeiffer Georgi
“Unexpected really yes, I wanted to attack but I was surprised to win, I thought it was going to be hard to get away and it was hard but really fun, I really like the crowd, they were really helping me. I am hoping to get to the Olympics, the road race, I’m not sure about Tokyo, maybe 2024, the track as well but I prefer the road!”

Corrine Clark “ Very happy to come second, I had a mechanical and had to fight to get back on, then had nothing left, I am not a crit rider so it was alright, Becca (Carter) worked hard for me too” 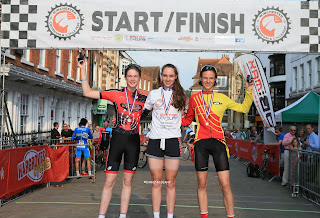