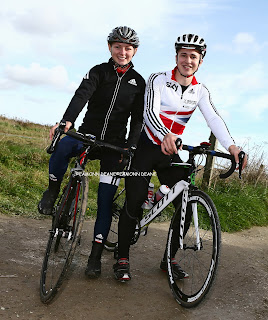 British Cycling has today confirmed the squad who will represent Great Britain at the UCI Junior Track World Championships taking place in Aigle, Switzerland from 20 – 24 July.

The eighteen-strong squad is comprised of members of British Cycling’s Junior Academy across the sprint and endurance disciplines and the same squad will also compete at the UEC Junior and Under 23 European Track Championships in Montichiari from 12 – 17 July.

Performance Pathway Manager Ian Yates said: “We’re sending a big team to both the Junior European and World Championships this year and I think it will be a great experience for the squad. I believe we can be medal competitive at both of these events and I’m looking forward to seeing how the Junior Academy riders perform against riders from other nations at this level.

“Having two major events in such quick succession is a unique experience. It will give the riders some experience of how to prepare physically and mentally which is a great development opportunity for them – something which is at the heart of British Cycling’s Rider Route.”

The under-23 team from the UEC European Junior and Under-23 Track Championships will be announced in due course.

on June 08, 2016
Email ThisBlogThis!Share to TwitterShare to FacebookShare to Pinterest