Pearl Izumi Porstmouth: View from the Back! 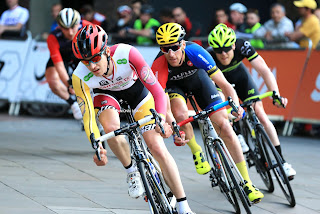 As the dust settles on another exciting Pearl Izumi Tour series the winners have been crowned and the champagne has been drunk, we caught up with Chris McNamara of the Nuun Sigma Sport-London Race Team squad. Nuun Sigma along with Richardsons Trek RT, Catford CC Equipe Banks & H.R Owen Maserati, made up the four Southern teams that contested a four-round mini-series. Racing against full time bike riders is hard for the lesser teams but few would turn down the chance.

“ I thought it was a great event with big crowds and a good atmosphere , for a guest team like ours it's a great opportunity to race against the big teams and it’s something you can do quite a bit with social media for our sponsors “. Says Chris
Chris, along with Tom Hargreaves, Chris Snook, Lawrence Carpenter & Rob Moore made up Nuun Sigma-London Race Team
“It was super-fast from the gun - lined out most of the circuit with the approach to the roundabout the only place you could really move up .” 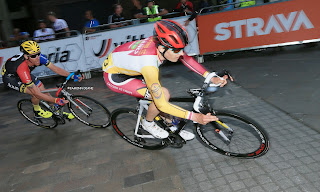 Chris McNamara has been on the scene a good few years racing in Portsmouth in 2010, the first time the Tour Series visited the city, things have changed
“These races have got so much faster - I did the tour series the last time it was in Portsmouth and back then the riders would be bunched up a lot more as the pace wasn't what it is now - the standard is way higher with more foreign riders coming over to the uk to race it can only be good for our domestic scene .” 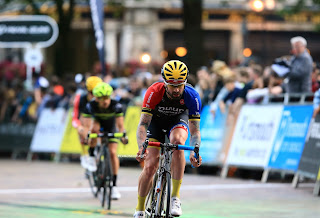 The tight corners and high speed leave little margin for error, the bike handling is top class but even the best hit the deck (John Mould) 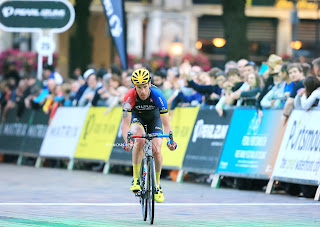 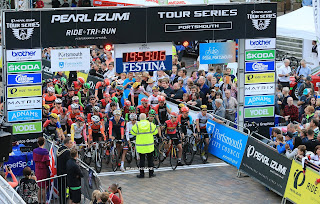 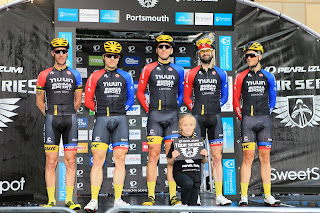 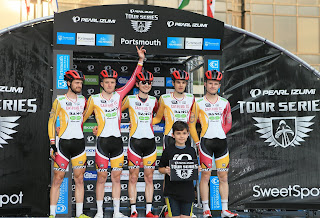 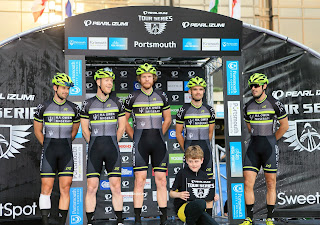 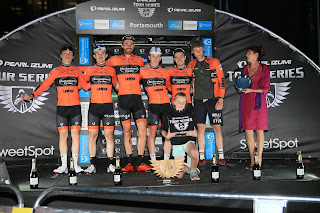 on June 10, 2016
Email ThisBlogThis!Share to TwitterShare to FacebookShare to Pinterest