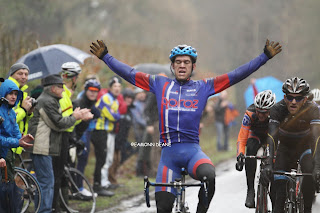 *
Following the release of the start list Rory Townsend, Chris Opie and Bike Channel Canyon seem to be everyone's favourites for victory at Perfs. The south coast season-opener offers a good indication of form but rather than listen to our opinion we asked the people who really know, We put one question to the peloton

"WHO WILL WIN PERFS?"

Matt Downie (PrimeraTeamjobs) "It'll be between Townsend or Opie. Depending on what happens in the race.

Chris McNamara (Nunn Sigma Sport)
"I trained with Rory a few weeks back and he was flying so I go with him on his own or Opie in a sprint from a group,We have a dark horse in Barnabas purbrook who's a powerhouse and Tom Hargreaves who is fast from a group . We have been coaching Eliot porter at Trainsharp and he's unbelievably strong - he can win if he believes in himself and rides tactically smart ( his fault is he's too nice )"

Alex Collins (PrimeraTeamjobs) "Matt Downie - he has the best team supporting him! "

Jack Billyard (Zappi RT ) " If you want an honest opinion, I wouldn't have entered if I didn't think I could win it"

Justin Hoy (Nunn Sigma Sport ) "Barnabus Purbrook, he's a beast lots to learn but he will win big this year I'm sure"

Harry Veale (Cycleworks.co.uk) " After last year Rory will be difficult to beat! He is my call." 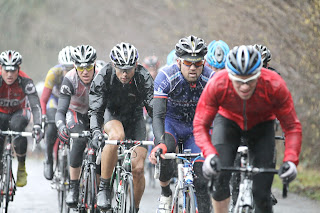 George Beck (Bath CC) "I'm backing Rory Townsend. But a dark horse could be Fred wright, winner of the Junior Tour of Wales"

Ryan Visser (Host'e TAAP Storck) "The guy who finishes first i reckon, seriously though,I can't really see past Opie for this one"

Tom Temple (Bath CC) "It's either going to be Rory Townsend or Fred Wright. With Fred's track speed and getting a good position at track worlds it will be hard to say."

Dave Billings (Radeon Bike Science RT) "Probably Rory Townsend, although he has not raced yet so his form is unknown, its Bike Channel Canyons to lose"


Perfs Patron, Mick Waite, "I think the pressure may be on Rory Townsend & Chris Opie so i am going with Rob Partidge, Rob is a quality rider who has finished second in the past, my heart tells me to go for local rider Mitch Webber but i will stick with Rob. Of course you never know how the race will unfold. There are some good junior riders in the field but they will be on restricted gears.We received over 130 entries for the race, the most ever and we are all set to go" 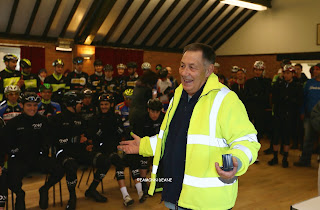 ...and what about us? We think its hard to look beyond Bike Channel-Canyon, Opie or Webber but if someone has the confidence, the courage and the legs to follow the UCI Conti team, there could be a surprise! We reckon Elliot Porter could step up.