Five things we learned from this years Perfs Pedal Race in Hampshire
1, Bike Channel Canyon will get better 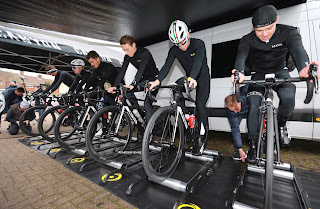 New bikes, built up two days before the race, team issue kit not ready till next week, small teething problems maybe but the sort of thing that can pray on a riders mind causing doubt. They say the winner of Perfs is forgotten come May as will the early frustrations of Bike Channel Canyon. They rode well, there is strength and talent in the squad and DS Tim Elverson will soon get things sorted

2 The Next Generation is Here! 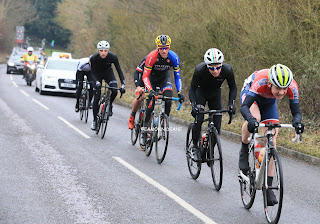 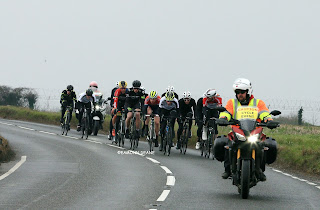 Everyone knew the first time up Portsdown Hill would be crucial, You had to be warmed-up, well positioned and prepared to "go into the red" hesitate and the race was gone. "I missed that split by about 5 meters , lost a lot of sleep last night . Kicking myself." said Gary Chambers (NOPINZ)

4 The old Generation is still here 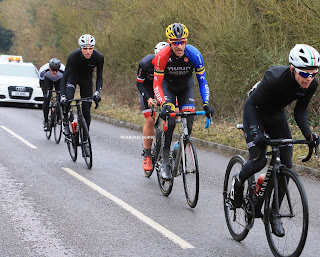 Chris Mcnamara knew what to do, the 42 year old has ridden Perfs more times than he can remember, 35 minutes on the rollers, ready for the move he knew was coming, "once there it was actually quite comfortable, it would just be nice one year to............." 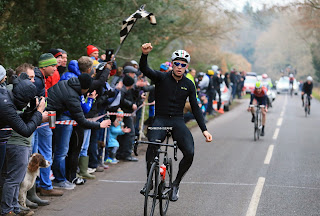 The 52nd Perfs Pedal race attracted over 130 entries, plenty of supporters around the course, local club runs all coming out to watch and test themselves on the climb. Spectators at the finish adding atmosphere and excitement, Organiser Mick Waite and his team needed to barrier-off the finish line, not 10 deep but not one man and his dog!

on February 13, 2017
Email ThisBlogThis!Share to TwitterShare to FacebookShare to Pinterest