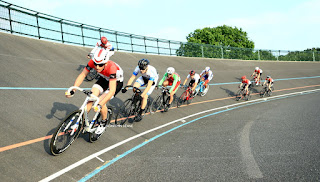 CANCELLATION OF THE TELESOFT TRACK LEAGUE 2018 – MESSAGE FROM THE ORGANISER

After prolonged consideration, and despite a recent Twitter poll indicating support for the league to continue, I have decided to cancel the final three rounds of the track league. This means that Rounds 8, 9 and 10 that were scheduled for Friday 6th July, Friday 13th July and Friday 20th July respectively will no longer go ahead.

As riders will already know, Round 7 (Friday 29th June) was cancelled after only six riders turned up to race. And once one league meeting is cancelled due to lack of interest, momentum is lost and the chances of returning to anything like the levels of participation needed are slim indeed.

Not that participation was particularly high to start with. The league never had more than 18 riders take part in single round. This was a big disappointment, especially given that the league is the only racing opportunity for all age groups at the track all year.


With low numbers, none of the rounds have broken-even financially. A British Cycling race permit needs to be purchased for each round of the league, national and regional British Cycling race levies need to be paid every week and professional first aid cover is also required. The rider numbers never generated enough income to cover these costs and each night ran at a financial loss.

However, the rider registration fund and the kind sponsorship from Telesoft will help plug this gap and leave a small surplus to help provide some modest prizes. The final standings after Round 6 will now become the final standings.


Friday night the wrong night? For youth riders, no school the next day. For adults, it is the beginning of the weekend, so an accessible night for all age groups. Friday night traffic keeping people away? Two of the league’s most regular competitors ride for Portsmouth and Southampton clubs. So, this is not the problem. It is the BH postcode riders that are missing.

I have really enjoyed organising the league and I am keen to continue as an organiser of competitive events at the Bournemouth Velodrome. But evidently, the offer this year has not proved popular and a rethink will be needed for future years.

I want to thank Colin Price for his commissaire duties, assisted each week by Ray Blackwell. I also want to thank Charlotte for her generous help with the results management, Bob Richardson and Louisa Cooper of the Bournemouth Jubilee Wheelers for regular judging duties, Eamonn Deane for his great photography, Dean Collingwood for first aid services and everybody else who has helped out at some point during the league. Most of all, thank you to the regular riders who have shown commitment and I am just sorry you will not have any further racing at the Bournemouth Velodrome this year.

Weird thing is, we have had just the best run of weather at the velodrome I can remember. I was expecting to cancel due to rain at some point, not due to lack of riders. Sure, the first league night was cut short due to drizzly rain but after that, there has been nothing but wall-to-wall sunshine every week but still the riders have stayed away. Who’d have thought that?


on July 04, 2018
Email ThisBlogThis!Share to TwitterShare to FacebookShare to Pinterest