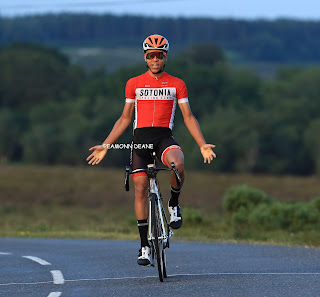 In a sport, that like no other requires self-belief, Red Walters is growing in confidence, if you want to be in the race not just watching it, you need to tap into this “money cannot buy” resource. The 19 year old from Bishopstoke in Hampshire has impressed this season, 8th at the Chitterne road race, 6th at Ashdown Forest, beating Jesse Yates to the line "that was nice", plus a couple of local chippers, Walters is getting noticed. Third place at the recent Winchester Criterium, showcased his bike handling and speed endurance. 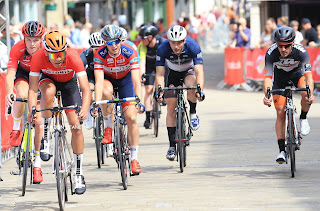 What has made the difference ?

"I did not have a coach last winter, i was doing lots of zone two stuff but nothing properly structured. This winter i started working with coach Chester Hill and i really wanted to maximise my training, give it the highest priority. We increased my hours loads, some track stuff but mainly loads of hours, lots of sweetspot and intervals, that made just an insane difference compared to last year."

We had a quick chat after Red had impressively won the Beaulieu Heath race, only a chipper but they still have to be won " I left it a bit too long, it took me a whole lap to bridge across to the break"

Walters got into cycling three years ago, it was a toss up between the bike and remote control car racing "I think i picked the better option, i have always been super competitive"

Back to that improvement:
"I never used to go with the moves, i was too timid, but as soon as we got into February, i knew i was leagues ahead of last year. I got some good results, i am definitely better in the crits but i prefer the longer road races, my sprint is my strength but my endurance has really improved this year as well."

"I love making videos, I've probably been making them since I was 13 when the focus was more around gaming. I try to show what a certain race is like, but also have a bit of a funny side too. i would like to keep making good videos and to try and grow my channel. A few people have told me that I've inspired them to start racing which feels amazing too.The Last year or so has been a gap year between college and uni for me as I wanted to have a bit of time where cycling could be my number 1 priority"

What about the future?
"I am racing a lot at the moment so my training has dropped off, recovery and zone two mainly. Looking forward, i really want to win a National B race, i would like to get on a Continental team eventually, it is a push i know but that's where i want to be. I like the track too, its a nice change, a completely different mindset." 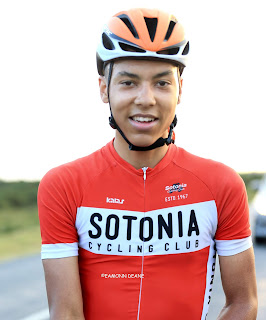 on June 15, 2018
Email ThisBlogThis!Share to TwitterShare to FacebookShare to Pinterest