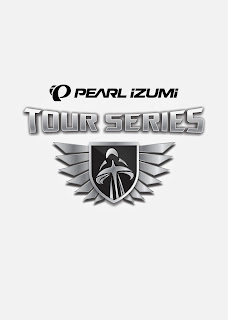 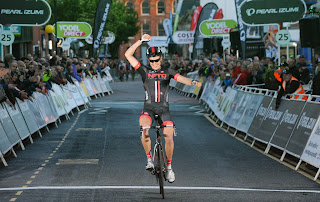 There were wins for Rapha Condor JLT and Madison Genesis at Round One of The Pearl Izumi Tour Series in Stoke-on-Trent, but it was debutants NFTO Pro Cycling who came away in the lead of the team based Series.

The Hereford based team took second place in both the afternoon's team time trial event, and the evening's circuit race to edge clear of Rapha Condor JLT on countback to the highest finishing position in the criterium.

NFTO also came away with an individual victory, as Jon Mould lapped everyone from fifth downwards for his second Pearl Izumi Tour Series win. The Welshman attacked from a breakaway group of ten riders early on to win by just under 50-seconds.

Behind Alex Peters and Tobyn Horton pipped Kristian House in a three-up sprint for the remaining podium spots, with NFTO's Dean Downing leading in a group of five who were lapped by Mould late on in the race.

While Peters, Horton and Mike Northey, who also won the Costa Express Fastest Lap prize, in sixth helped Madison Genesis to the round win, Downing's fifth and Adam Blythe leading in the main field in 12th gave NFTO second place and the lead of the Series.

Earlier on in the day they narrowly lost out to Rapha Condor JLT in the team time trial, with Great Britain coming third as they made their Series debut as a late announced ninth squad for the full season.

Katie Archibald (Pearl Izumi Sports Tours International) showed no sign of tiredness from last week's Friends Life Women's Tour as she all but lapped the field when winning the opening round of this year's Matrix Fitness Grand Prix Series.

The Team Pursuit world champion set out her stall by winning the opening sprint lap after just five laps of racing and, although she didn't have it all her own way in the opening laps, was never really headed from that point onwards.

Soon after Archibald won the opening sprint the field split with a group of over 20 riders pulling clear from the splintering peloton and soon that group was fracturing into even smaller groups.

And such was the speed at the front of the race that back-markers were being lapped after just 20 minutes racing.

Archibald continued to pile on the pressure and when winning the second sprint of the night second place Louise Mahe (Team MuleBar Girl Sigma Sport) was the length of the finishing straight behind the determined Scot.

Sarah Storey, Jessie Walker (Matrix Fitness – Vulpine) and Eileen Roe (Starley Primal Pro Cycling) were next in combining to chase Archibald and, although clearly racing for second place on the night, entertained the large crowd that lined the circuit.

But their pursuit was in vain because, as Archibald crossed the finishing line the clear winner on the night, the group chasing second place were in her sights and she would surely have lapped them if the race had continued for another lap.

Coming out of the final corner, Roe jumped past Walker to win the sprint for second place but Storey also passed the youngster to take third place.

It was a clean sweep for Katie and her Pearl Izumi Sports Tours International team-mates as in addition to her solo win, Katie also picked up the Combativity, contributed to the team prize and won the Sprints jersey, a real Tour de Force.

Katie Archibald – "To be honest that was really a bit of an accident to win like that. Sarah was drilling it on the front and I came up to take a turn and a gap appeared and I thought 'balls, I've got to stay now'. It was a little more work than I was setting out to do when I left home this morning but, yes, it was a good effort.”

Matrix Fitness Grand Prix Series
Tuesday 13 May 2014
Round One, Stoke-on-Trent

on May 14, 2014
Email ThisBlogThis!Share to TwitterShare to FacebookShare to Pinterest