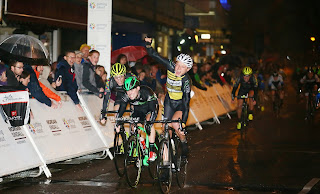 Al Murison (Bikeshed-UEX) won the Bournemouth Wheels Criterium, edging out Lewis Atkins (Pedal Heaven Colbornes RT) in typical British Bank Holiday weather. Runner-up last year, Murison knew where to be on the last corner and put himself there.While Atkins and Andrew Hargroves (Felt-Colbornes-Hargroves RT)were fighting over the same bit of road Murison stole a yard and held it to the line. The wet conditions deterred the crowd on the one mile town centre circuit but not the riders who put on a gutsy display of fast Criterium racing. Three £50 primes kept the tempo high and gave the more determined fans a chance to bang the boards! Powerhouse Robert Moore (Pedal Heaven Colbornes RT) looked to have split the race as he quickly opened up a twenty second gap at half distance. Ben Davis (BH-Solidor WAM Youth) hung on to the wheel, Davis had been away briefly with Mitch Webber (Pedal Heaven Colbornes RT) and when Atkins fought his way across alarm bells were ringing in the bunch. Pedal Heaven had the numerical advantage but George Gori (Nunn-Sigma Sport-London Race Team) began to ride and within a few laps the race was together. Moore spent most of the final few minutes on the front keeping the pace high for Atkins but Murison had the knowledge and, as it turned out a little piece of luck! 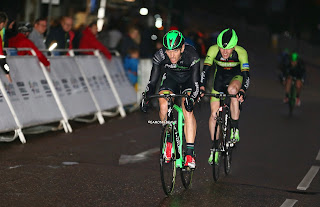 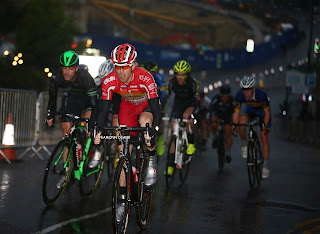 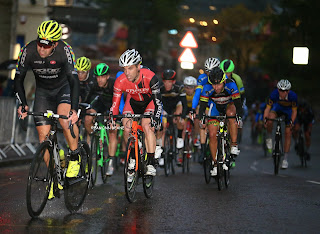 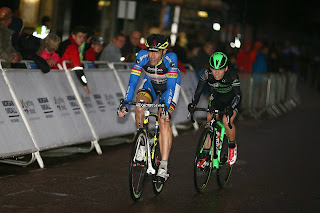 Rider Reaction:
AL MURISON , “Second last year, the course seems to suit me, it was hard tonight actually, hard with Pedal Heaven, they were driving it, the thing is they are all such strong lads, they were working off each other, I had to close a few gaps. It was a little bit sketchy in places but not too bad. The last bend is uphill so you don’t hit it with too much speed, I was third wheel, I got swamped a little bit but they kind of stalled, I came past with a bit of speed and just about held it. Very, very pleased”

Lewis Atkins “It was good fun, wet but good fun, it started off fairly quick, not as fast as a tour series race but still good. We tried to stay up the front and keep out of trouble, Rob (Moore) put in a massive attack and got away, I made a big move to get across, Rob was making some big, big turns, we only got caught with a few minutes to go. You need to be in the first three going into the final corner, I was there but got bumped luckily I managed to hold it up and lost momentum, Fair play to Al he held on. It’s a podium but I would love to have won it”

Andy Hargroves “ Not happy, not really, I did not win! I got a perfect lead out from Lee (Smith) but my hands were so cold I could not change gear. I knew I had to be there on the final corner and Lee put me there, maybe there was a little touch, I thought there was a little bit more room, but we are all big enough to take it, we have all done it, you give as good as you get. Pedal Heaven were working really hard they had a lot of guys and were making the most of it and when the break went I thought that was it, but George Gori towed it back. Its nice to get on the podium and spray the champagne about but it’s not quite what I wanted . It was really loud coming through the home straight”

Rob Moore “I attacked half way through and had a good gap and then Lewis got across but it all came back together. With five to go we decided to just do the lead out for Lewis, he was in a good position but I think he got caught out on the corner and had to slow”

Ben Davis “ It was a shame we did not stay away, Rob went so hard I only just hung on, when his teammate got across I was not going to do too much in anticipation of them trying to one-two me.” 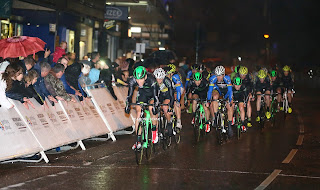 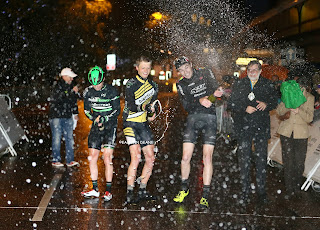 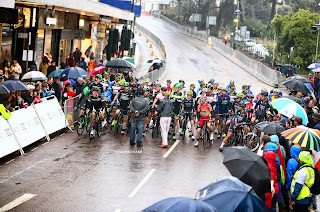 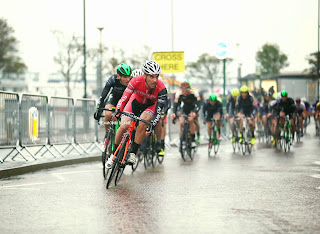 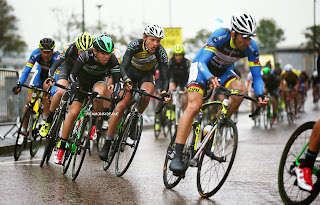 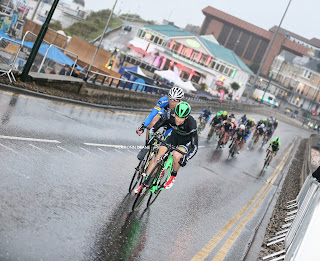 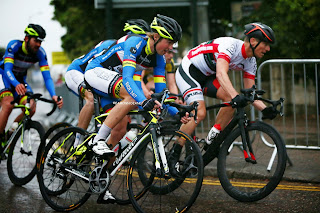 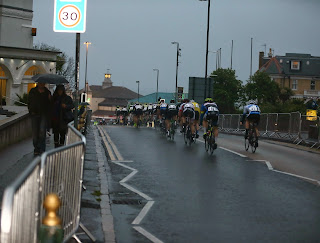 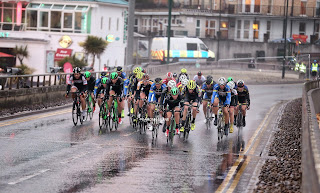 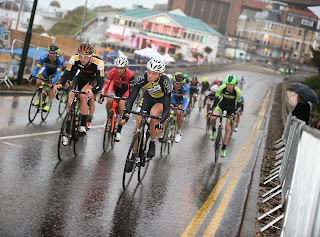 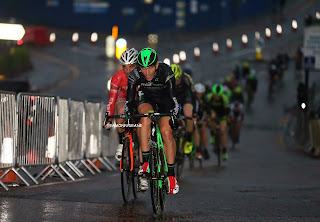 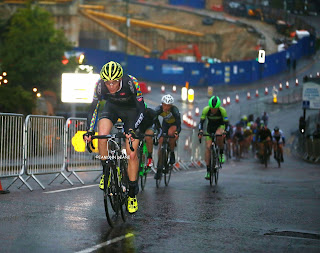 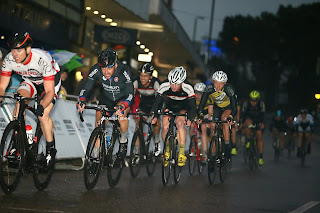 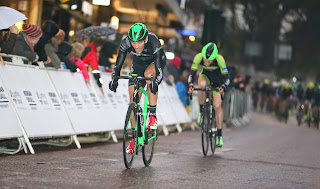 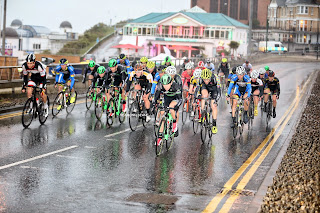 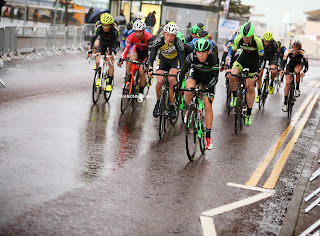 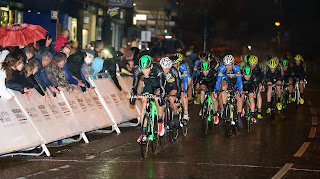 on May 27, 2014
Email ThisBlogThis!Share to TwitterShare to FacebookShare to Pinterest