Bath will host a round round of the Tour Series, after the 10 venue city centre series was announced today (2nd). Other venues include Wembley, Croydon, Aberdeen and the series finale in Stevenage. Bath featured in the 2015 with Ryde on the Isle of Wight staging the opening round, in 2016 Portsmouth hosted the final round. There still remains an opportunity for a title sponsor to take ownership of the televised series 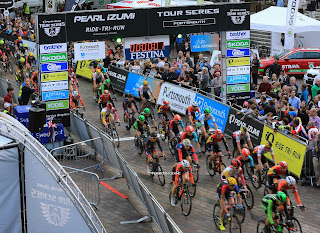 The Tour Series 2017 has been launched at Wembley Park today (Thursday 2 March) alongside details of the ten venues who will welcome Britain’s top professional cyclists this May in the ITV4 Series.

Entering its ninth season of competition, the unique, televised race Series has a revamped calendar now taking place entirely within May, and including three new events at London’s Wembley Park, Northwich and Aberdeen, and a Bank Holiday grand finale, for the first time ever, on the 29th May in Stevenage.

The Tour Series will also hold Saturday night events for the first time, with a brand new circuit in the heart of Bath being the first on 20th May, before the iconic Durham circuit hosts the penultimate event on 27th May.

The Series will also for the first time, hold an event in Wembley Park, an area undergoing a landmark regeneration, with races on a 1.5km circuit of the area, including the concourse of Wembley Stadium and Olympic Way, known to fans the world over as Wembley Way.

The three weeks of competition will also feature eight women’s events for the first time ever, as the Matrix Fitness Grand Prix Series expands with thirteen teams due to take part, showcasing the growth in the women’s sport.

They will be joined by seven professional men’s teams, headlined by defending champions JLT Condor, and including ONE Pro Cycling, who return to The Tour Series after a year away. 2015 Champions Madison Genesis return along with Team Raleigh GAC, Bike Channel Canyon, Metaltek Kuota and Series debutants Morvélo Basso.

Commenting on the 2017 Tour Series, Mick Bennett, Race Director of organisers SweetSpot said; “We are delighted to be bringing The Tour Series to Wembley Park. We are privileged to have the opportunity to race in this spectacular location and one that is so synonymous with world-class sporting events. This year’s Series has a fantastic range of venues, including new events in Northwich and Aberdeen that will bring the events to new audiences. 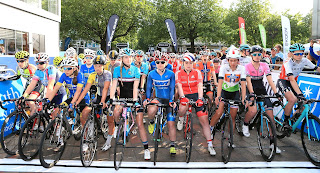 “There are more women’s teams than ever before, reflecting the growth of the women’s sport, while the line-up of men’s teams is incredibly strong, with no clear favourite among them for the Tour Series title.

“Fans at all of our venues and at home watching on ITV4 can look forward to some amazing racing from these top-class athletes, as The Tour Series continues to provide an unparalleled platform of action, entertainment and engagement for all of our partners.”

Speaking at the launch, Angus Dodd, Chief Executive of Quintain, said: “We’re delighted to play host to such a prestigious event and look forward to welcoming The Tour Series to Wembley Park. The wide open boulevards and event spaces perfectly complement a cycling event such as this, a sport extremely close to my heart. The area is fast establishing itself as a destination alive with activity and experiences, after just announcing we will be delivering 5,000 rental homes here at Wembley Park, we are now able to celebrate that we will be playing host to Britain’s leading cycle race series. We look forward to welcoming the elite racers and local communities, from across Brent and the Greater London area.”

Adding to this, Cllr Muhammed Butt, Leader of Brent Council, said: “We are very excited about this – it’s great for Brent, great for London and just goes to show that this is the place to be for world class sporting events.”

Wiggle will increase their support of pro cycling with sponsorship of the Wiggle Points Jersey within the men’s races, while leading alcohol free wine brand Eisberg will partner the equivalent women’s jersey. Brother UK will be the Official Results Partner and sponsor of the Fastest Lap competition for the second successive year. Matrix Fitness continue as the title partners of the women’s series, while there remains an opportunity for a brand to take overall ownership of The Tour Series as title sponsors to Britain’s leading televised race Series. 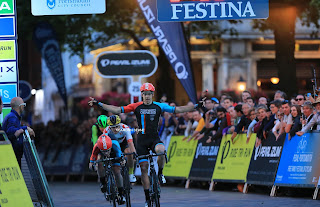 The Tour Series will get underway in Worcestershire for the first time, with Redditch hosting the event for a sixth time on Tuesday 9th May, including an opening Team Time Trial event for the men’s teams. Stoke-on-Trent and Northwich will complete the opening week on Thursday 11th and Friday 12th May.

Week two will see a brace of London events, with the iconic location of Wembley Park hosting Round Three on Tuesday 16th May, that will see riders racing around the outside of the world-famous stadium, and along Wembley Way before the finish in front of London Design Outlet shopping centre.

Round Four will be in Croydon on Thursday 18th May before The Tour Series returns to Bath after a year’s absence on Saturday 20th May.

Scotland will again host two events, Motherwell for the third successive year on Tuesday 23rd May and a new event in Aberdeen on Thursday 25th May. The penultimate race will be in Durham on Saturday 27th May before the final round in Stevenage on Bank Holiday Monday, 29th May.

Highlights of every round of The Tour Series will be shown on ITV4, with programmes also be available on demand via the ITV Hub.

The full list of teams for The Tour Series is:

*Final 2 women’s teams will be confirmed during March 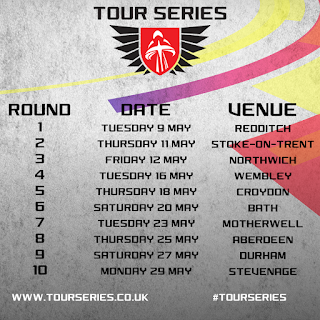 on March 02, 2017
Email ThisBlogThis!Share to TwitterShare to FacebookShare to Pinterest