Pushing On and Pinning Numbers. Early Season with Jack Billyard

Dave Rayner funded rider Jack Billyard tells us about his early season training and racing. Riding for Zappis RT, the 19 year old from Wiltshire will spend a few weeks racing in Spain before moving to Italy for the U23 San Remo & Strade Bianchi races at the end of March 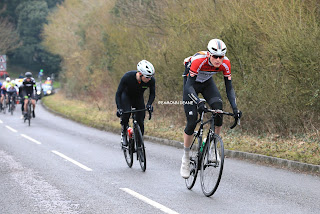 Putting the Pressure on at Perfs

"February has been an encouraging month. For many riders it's the time to really start working hard and reaping the benefits of the winter. Here at Zappi's it's been a rigorous month culminating with our first race of the season.

I spent the start of February with a brief visit home to see my family and race Perfs; the British season opening race. It was a much needed break away from the intensity and focus of the team house but also a chance to get some race speed in the legs. Encouragingly, I was 4th - finishing in the front group only being rolled at the end by some strong riders. The result was even more of a positive for me - I hadn't done much race specific training at all and I had also come off a very demanding block of consecutive long rides which left my legs in tatters just a few days before. Overall my stay in Wiltshire had been positive and I felt focussed yet simultaneously relaxed heading back to my team in Spain.

This year we've been based in the Altea hills near Calpe on the Costa Blanca, inconveniently at the top of a three kilometre climb. Although the view is consistently stunning, it isn't an easy effort to finish the day on. Especially after a 240 kilometre hack through the Spanish mountains. Last year we spent this period in Portugal so the culture change hasn't been drastic but the location is an improvement. The roads in this area are superb for almost any sort of riding; flat roads to the North, shorter hills to the West and long climbs to the South. It's this variation of terrain that has made some of the training rides particularly enduring; not to mention that fact we always have the 'berg' up to our house.

As last year, the training has consisted of motor pacing, rudimentary crit racing on an abandoned car park, steady days and big rides where we race each other on the climbs. Personally, compared to last year, I'm a different rider. I feel more rounded in terms of my ability and feel as though I can cope with much longer rides. As a team, we're all incredibly even and do a good job to push each other every day getting the most out of the training. Together, we've managed to hit a nice balance between buckling down to work when we need to and managing to have a laugh when we can. This has probably been the biggest contributor to my progress.

That said, life can be difficult here too. As appealing as the sunny days and luxury of not working a day job are, there are times where I might not agree with Flavio why I'm do something or day's where I miss home which can snowball into a bad mood. However, I always tell myself to remember that I'm in a position to follow my dream of becoming a professional rider. Few riders have the privilege of being full time and even fewer people have the opportunity to pursue their childhood dream, so in that respect I'm incredibly lucky to have the support from friends, family and the Dave Rayner Fund who, for the second year running, are sponsoring me and making this journey all the more possible.

We kicked off our full racing season on the 25th February with the Spanish season opener at Don Benito. The team rode superbly getting first year under 23 Ben Hardy in the break away who ended up winning the intermediate sprints jersey and our leader Scott Auld finishing 9th in a demanding sprint. It was a relief for everyone to be back in the peloton after a winter away and I think it was our enthusiasm that was the key to our success. As always there was room for improvement, but our mistakes act only as motivation for the upcoming races on more demanding courses which generally suit our team a bit better.

Last time I wrote for Local Riders, I was a fresh faced ex junior wanting to learn as much as possible from the older boys. This year, I've found myself being on the other side of that relationship. Being one of three existing riders on the team, it's been our shared responsibility to teach our new team mates the ins and outs of the Zappi routine and so far, we've all gelled positively. It's this effect that contributed the most to our efficiency as a unit in the race. Hopefully, this hardworking, resilient and resourceful attitude will bring us the results we deserve." 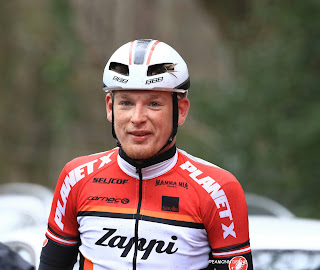 on March 01, 2017
Email ThisBlogThis!Share to TwitterShare to FacebookShare to Pinterest