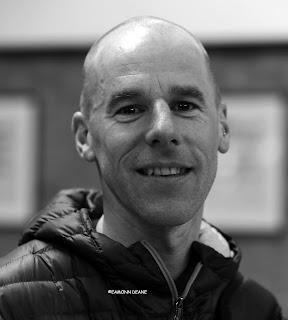 Sean Yates, Alberto Contador and Sir Bradley Wiggins: three names we did not expect to be talking about around the result board in the D Day Memorial Hall!
“Local Riders Local Races” caught up with Train sharp coach, Chris McNamara at the VC ST Raphael Hardriders Time Trial at Southwick in Hampshire. The 40 year old had won the 16.5 mile test with a measured, controlled ride, his second win of the new season. Impressive the week before on the same course at the Perfs Pedal, knew what was coming as he followed the move, never putting his nose into the wind, why would he? That was the job of his former team Pedal Heaven. The UCI Continental team did their job: McNamara finished 10th, racing for over a quarter of a century, has taught him self-preservation at least! 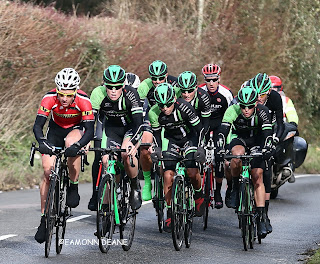 Preferring the head to head excitement of road racing, the self-coached coach admits “To be honest I really like time trials, something I have got much more into as I have got older!” and after picking up his prize money he was happy to talk shop:

“Just by power I have a pretty good idea what I can hold for each situation, it was going to be 40 minutes, my challenge is to try not to go too hard in those first 5 minutes. Ideally you want to put out a bit more power on the uphill and headwind sections, then backing off a little bit to recover. It can be difficult especially difficult on a day like today, that is pretty much a proven approach, the difficulty is you are only looking to ramp it up by 20 watts or so, it’s not always easy to hit it. Power is so instantaneous, the guys who are riding time trial bikes all the time hold such a narrow band, I work at Trainsharp and when you speak to Sean (Yates) about how close a power band the likes of Brad Wiggins can hold, within like, 15 watts all the time, it’s incredible, you try doing that! It’s a skill in its self: one which I am not particularly good at. I try to set myself a power target for the first 5 minutes, which I try not to exceed, put a bit more power down on the hill, push on along the top, recover on the downhill, I knew it would be sketchy on the downhill and I would have to freewheel down it.”

Relax, it’s not all so prescriptive, often the best feedback is from our own receptors:

“I still do a lot on feel to be honest, I use the power meter for feedback but you still need to be in tune with yourself, how you feel, some days you can hold it, some days you can’t. The data confirms what you are feeling; you have a pretty good idea what 300 feels like, what 350 feels like.”

Despite being pre-race favourite and feeling “fairly confident” McNamara, like any contender, knows the warm up is crucial to performance:

“My warm up was much more specific than last week, a proper 40 minute protocol, a race pace effort for 5 minutes, some 30 second efforts to get my lactate clearance responses firing, all quite technical, I love all that!” 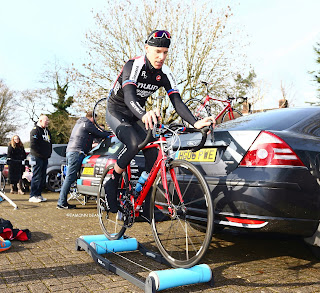 McNamara works full time at Trainsharp Coaching and has no trouble clocking in each day:

“ We have got a good team there, from Sean all the way down, a couple of sports scientists, I am not a sports scientist but I have got a lot of experience, I have been racing some 25,30 years, it works well, I enjoy it. I was messaging Sean yesterday, one of my riders was talking about training at altitude, I wanted a bit of advice as it’s not something I have a lot of experience of, Sean is sending me back messages and pictures as he follows Alberto Contador around his pre-ride for the time trial at the Volta ao Algarve, it’s just great to have that sort of feedback from the very top. We have a couple of young guys who have just done their masters in sports science so we have all that technical knowledge then we have guys like myself who have a lot of experience and how that works in shaping a season.”

Chris races most weekends but has a two day training camp coming up with his new team, Nuun-Sigma London RT, two long days on the bike are planned, Not much science there! we joust:

“There is a place for that absolutely, no matter what, there are no shortcuts, you still have to put the hours in! Its as much about team building as a training weekend, we are getting new bikes that sort of thing.”

Can he get any better?

“I have been racing since I was eleven, I think for time trialling if you keep training you don’t lose much, for road racing, you definitely notice it, especially the short hard crits!”

Riding the Ras Mumhan at easter over in Ireland for a Surrey League team is the next big target for the all-rounder who trains 10 to 12 hours a week.

“ I would like to do more but you gotta go to work, so I tend to do my stuff early morning at work on the trainer, then on the road at the weekend, if I had unlimited time I would split the day, road ride in the morning, then specific efforts on the trainer, it’s so much easier to control, if you train with power, hit the effort, hit the cadence and you know you are producing the power, it’s quite difficult to do on the road. If you are time conscious the trainer is the way forward” 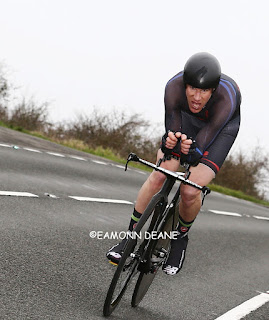 
on February 21, 2016
Email ThisBlogThis!Share to TwitterShare to FacebookShare to Pinterest