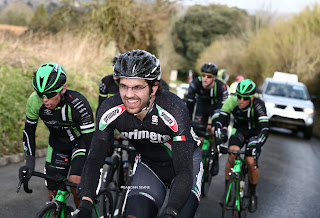 Calum Croft & Oscar Hutchings got Primera-Team Jobs RT season started at Perfs Pedal in Hampshire (Sun 14th). Both had already raced at Hillingdon but Perfs was the first real test for the Dorset team who have high hopes for 2016. Croft, who finished 13th last year, got himself in the leading 13 man break before losing contact on the final climb of Portsdown Hill eventually finishing in 36th place.

“It was hard, it was much I could do to be in the break and sit on the wheels, Pedal Heaven were good, I think they were getting frustrated but that’s just them trying to rile us up and get us to do something. The race being neutralised did not help. The 5th time up the climb was where I cracked, I actually felt quite good and thought I can make this, the extra climb was the tipping point for me, I was on my own till about a mile to go and I must have been out there for about six miles trying not to get caught”

Hutchings attacked early on but it was always going to be difficult with UCI Continental team Pedal Heaven controlling the front of the race. A promising move with Gunther Zechman (London Phoenix) was snuffed out when the race was neutralised, with Hutchings eventually settling for 33rd place. 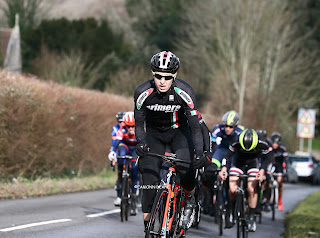 “I was disappointed to miss the split and not get in the front group. I felt strong, attacked a few times early on but not too much effect, got away with Gunther (Zechman) before the race was stopped and when it re- started I was just too far back going into the lanes before the climb. I knew what Pedal Heaven were doing, smashing up the climb and into the wind, I got within 10-20 meters of the group before we turned onto the main drag over Portsdown hill AND just couldn't get on. For the rest of the race I kept trying to attack, I really wanted to bridge across so I could try and help Calum at the end, but didn't happen this time. I've got a time trial in Frome this Sunday then the Devon Primavera at the end of month. Looking forward to both of them, the time trial will be a good early season benchmark and Primavera a chance to make up for missing the move last week!”

Joe Andrewsalso rode but suffered a punctured and failed to finish.

Primera-TeamJobs will take delivery of their new 2016 race kit ahead of the official team launch in March. 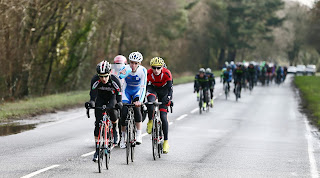 on February 17, 2016
Email ThisBlogThis!Share to TwitterShare to FacebookShare to Pinterest