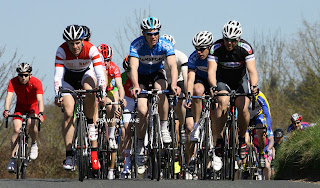 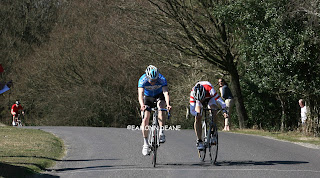 Reynolds, Horner, and James Gilfillan (Velo-Refined Aerosmith’s) had pulled away from a group of seven on the second of four climbs of Pipers Waite Hill. It was Gilfillan who had forced the move over the top of the climb and Gilfillan who drove the trio clear. “Phil & me took turns sitting on his wheel” joked Horner. The Velo-Refined rider would pay for his effort however. As he faltered in the uphill finale Reynolds and Horner showed no mercy, powering away, fighting it out side by side to the line. 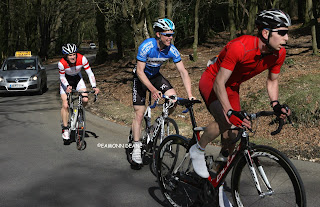 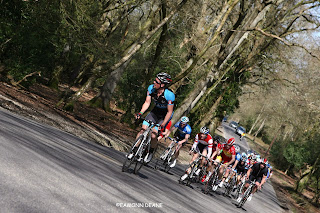 Temporary traffic lights on the Woodfalls circuit forced a revised 35 mile course, the two extra climbs through the finish would string the race out and favour the strong. It was Gilfillan and Reynolds who had the first dig when the flag dropped; a gap opened and was quickly closed. Next to go were Ollie Hitchens(Hansford Cycles) & Colin Yeates (Sotonia CC) again, the gap was there but they were never out of sight. 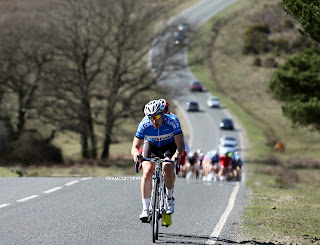 Through the village of Nomansland and up the climb, the race was altogether but it was the last some would see of the front as pressure was applied on the wooded rise. Over the top, Reynolds, Horner, Gilfillan and Elgie along with Kim Little(Gillingham &Dist) Roland Tilley (RIDEBIKE.CO.UK) & Mike Ford (SRAM) forced the pace and the move was made. A lap later it was Gilfillan who would do the damage as the seven became three. For those that missed the move it was a scrap for the minor places. For those that never had the legs it was just nice to be out in the sunshine. 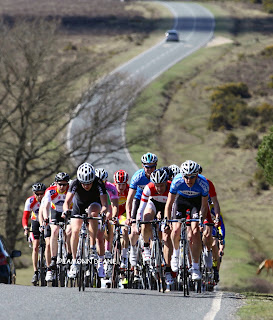 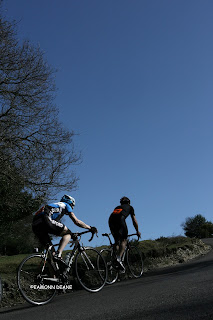 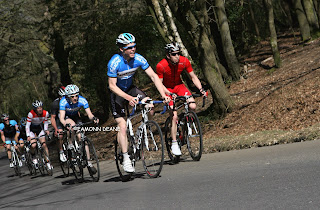 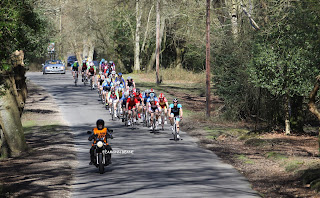 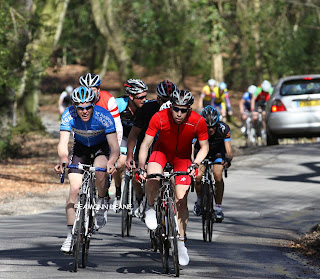 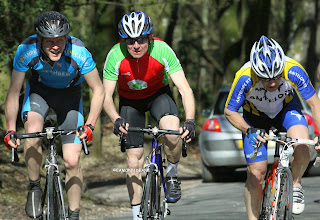 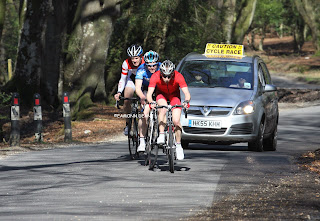 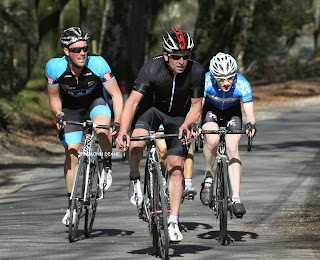 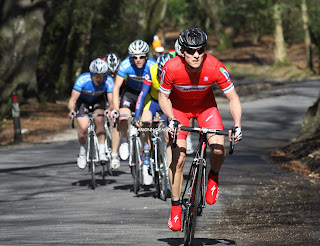 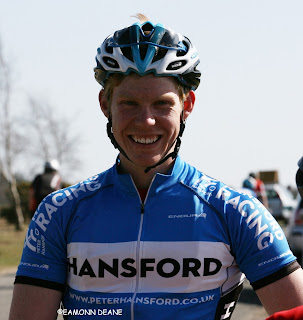 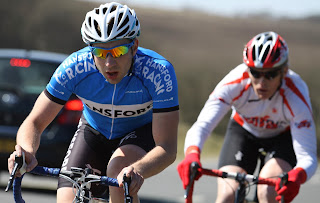 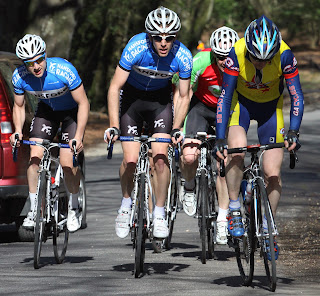 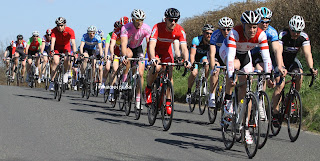 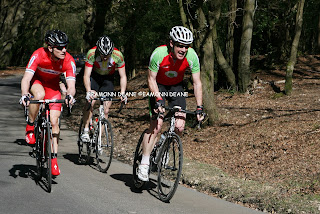 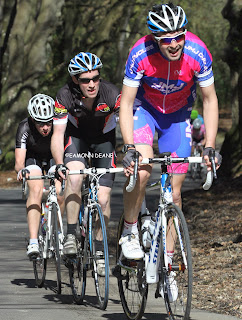 on April 21, 2013
Email ThisBlogThis!Share to TwitterShare to FacebookShare to Pinterest