Silver for Watson at Para-Worlds 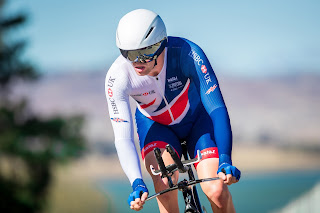 The British rider stopped the clock in the C2 race in 33:26.110 to reach the podium in Pietermaritzburg.
His British teammates Simon Price and Crystal Lane-Wright finished ninth and fifth respectively.

Watson was not only making his world championships debut, but his first ever appearance for the Great Britain Cycling Team and made a superb start to his international career.

The British rider held first place after the opening lap, clocking the fastest run in the men’s C2 category by crossing the line in 10:49.

By the end of the second lap, the lead had switched places with Canada’s Michael Sametz - a bronze medallist in the time trial at the Rio Paralympics - edging out an eight second gap.


Sametz showed his experience in the final lap to go further ahead, finishing his run in 32:48.920 - the only rider to go under 33 minutes.

But Watson’s consistent riding demonstrated his time trialling ability, and he crossed the line 37 seconds behind the Canadian to win silver.

Bronze went to Esneider Munoz Marin of Colombia, around 52 seconds behind Watson. 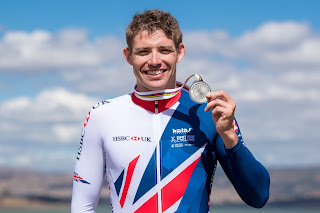 on September 01, 2017
Email ThisBlogThis!Share to TwitterShare to FacebookShare to Pinterest