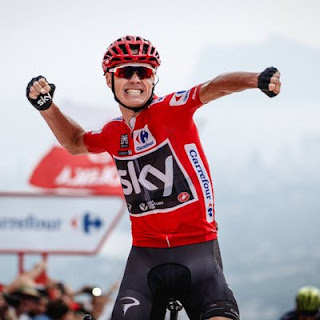 Chris Froome has become the first British rider to win the Vuelta a Espana after beating Vincenzo Nibali over 21 gruelling stages to claim victory in Madrid.

“What Chris Froome has achieved over the last 12 months has cemented his place as one of Britain’s greatest sportsmen. To win the Tour de France and Vuelta a Espana in the same year puts him up there with the best Grand Tour riders in the history of the sport. The cycling community in this country and indeed the whole nation are extremely proud of him.”

on September 10, 2017
Email ThisBlogThis!Share to TwitterShare to FacebookShare to Pinterest