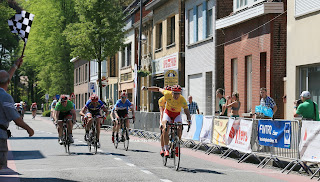 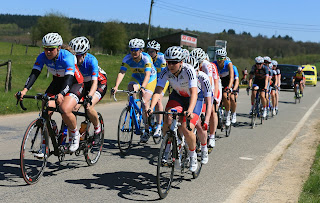 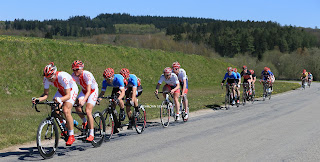 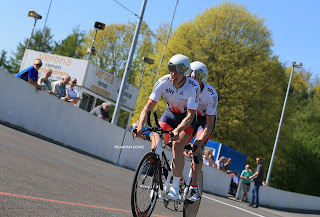 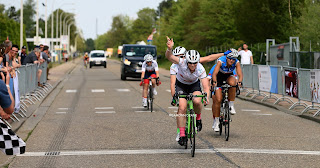 Dunlevy & McCrystal picked up their third win in the afternoons 83km stage with the Dutch pair Stephen de Vries & Patrick Bos winners at Overpelt adding a second win in another sprint. 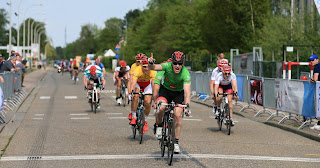 Polak & Ladosz underlined their strength, taking Sunday’s final stage, an 80km blast around Essen, sealing the victory they had set up at Gedinne. 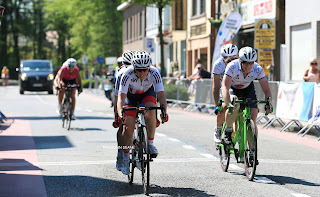 
*This 30th edition of the Belgische TandemRace, the brainchild of John Dereat will be the last. Dereat passed away in 2013.

on May 10, 2016
Email ThisBlogThis!Share to TwitterShare to FacebookShare to Pinterest