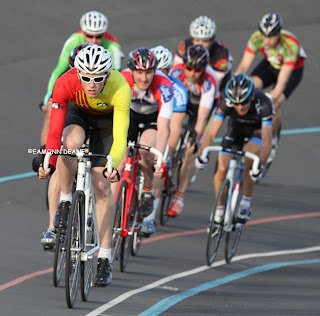 Harrison Fielding (Poole Wheelers) is still the man to beat at the Bournemouth Arrow/Raymond Brown track league. Fielding has upped his road mileage over the winter and has been racing the National Junior road series this spring but none of this seems to have dulled his speed. First in the 6 lap scratch, the 12 lap points & the Revenge nocturne scratch & second in the elimination and the 12 lap scratch, behind Gawain Bailey (Zappis cc), has put Fielding on top in the first round of the 2013 summer league. In the B group, things were not so clear cut with Barry Watkinson, Les Pick & Paul Richardson all putting points on the board. 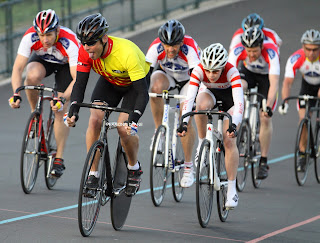 Numbers were up on last year, the sun shone and the racing was keen, hopefully a good omen for the coming weeks. Last year’s overall winner, Adam D’Arcy- Wykes sat this first round out, sore legs from 4 weeks road work in Mallorca. Ollie Hitchens (Peter Hansford Racing) made sure Fielding did not have it all his own way, winning an absorbing elimination race. Veteran Steve Moss (Bournemouth Arrow) showed how much it mattered, lifting his front wheel clear off the ground in an effort to avoid being taken by the devil! 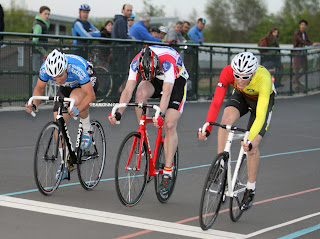 The A & B groups still mostly race separately but there is only one overall league table this year. To encourage progression, the higher the category, the greater the points awarded. Alongside the senior racing is a programme of five youth races, attracting 17 youngsters on this first night. 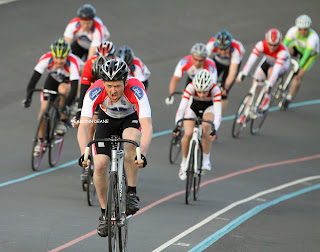 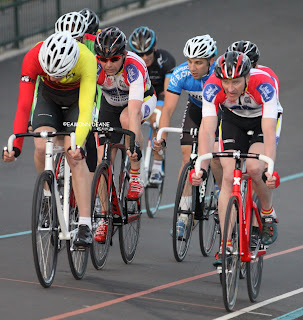 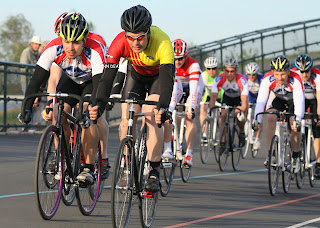 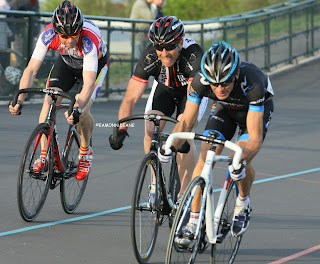 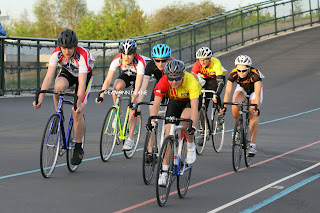 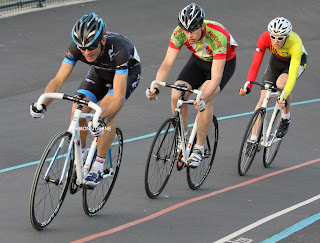 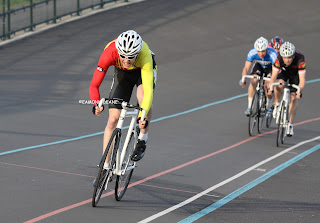 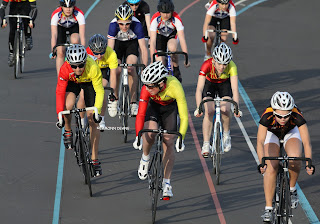 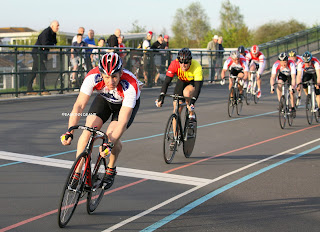 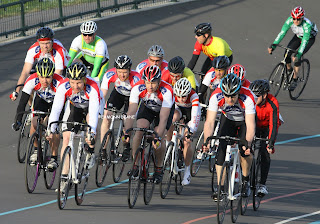 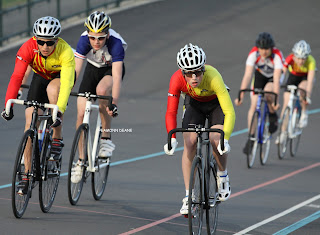 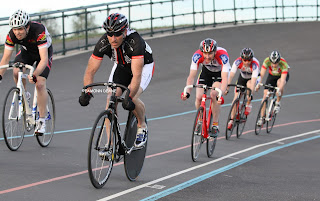 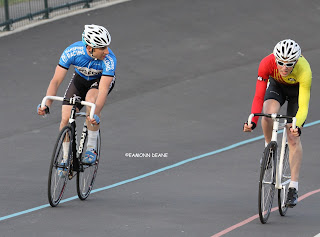 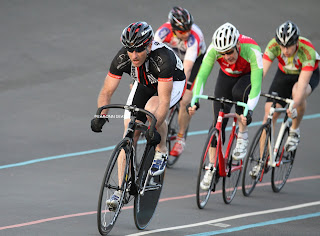 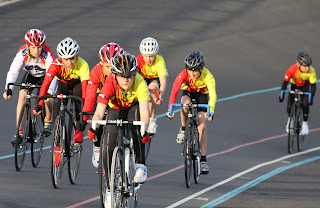 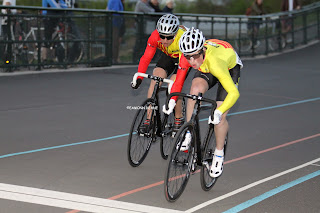 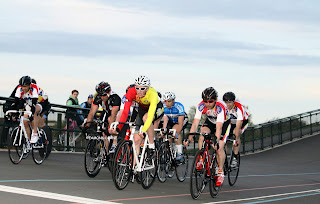 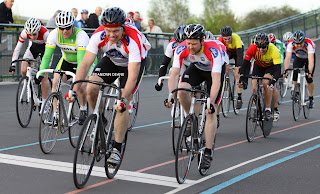 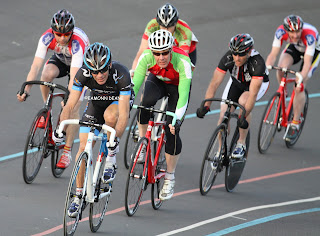 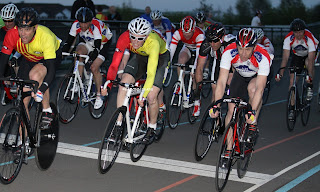 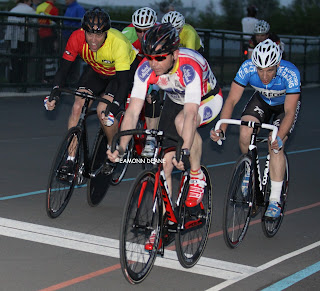 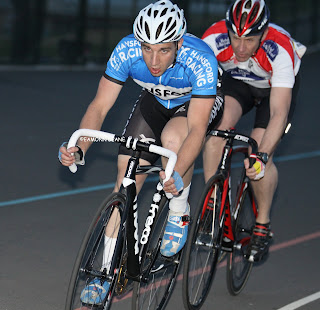 Alan MaCrae writes.....There was no doubt - the first event in the 2013 Track League produced record rider numbers, record Youth riders, record girl riders, record Masters, riders new to track competition, comeback riders, riders who had never been away - all packed into 13 races in an hour and a half - a record in itself !!

At the end of a packed programme Harrison Fielding Poole Wheelers had battered his way to the top the League with Steve Moss Bournemouth Arrow CC, relying more on race craft honed as one of the countries top Juniors all of 30 years ago in second. Close behind are Gawain Bailey Team Zappi's and Oliver Hitchings Peter Hansford are emerging as the men to beat for anyone with pretensions to a top League billing.

Strength in depth is currently evenly split between the Bournemouth Arrow CC and the Poole Wheelers making up over half the rider entry on the night, inevitable for clubs who have both made a significant investment in coaching track cycling this winter.

More to come? Certainly - near but not quite at the track limit of 28 riders per race, there is certainly room for growth not to mention riders from last year yet to show there hand.

on May 07, 2013
Email ThisBlogThis!Share to TwitterShare to FacebookShare to Pinterest