The strengthened team of officials and increase in rider registrations are positive signs for a highly successful 2013 track league.

The growth in Youth rider numbers in particular has led to a necessary restructuring of their race programme. Each Sunday, details of the following Tuesday’s Programme will be available for downloading from the Bournemouth Arrow website. Results will also be posted as soon as possible along with the official league points table.

Riders are advised to arrive in good time on the first night with as much of the BCC competition license and league entry forms completed in hard copy form as possible in order to save time spent on admin. We have a very full programme and need to run to time!

Initially 2012 riders will be placed in the A or B leagues as last year and then judgements made as to the effectiveness of their training since!

Our aim is to raise the standards of local track racing to the highest possible level to encourage as many riders as possible to take part in the growing list of open events planned at Bournemouth Track in 2013.

Racing starts at 7.00pm on 7th May and we look forward to seeing riders and spectators alike enjoying the spectacle.

The 2013 Raymond Brown Track League commences on Tuesday 7th May at 7pm.

Every Tuesday through to and including the 30th July.

The Raymond Brown track league is held at the Bournemouth Cycling Centre. 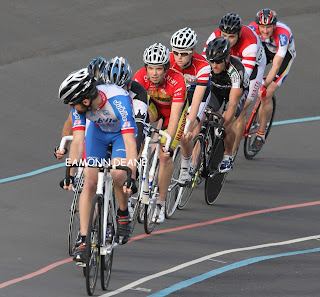 Open to British Cycling Licence Holders E/1/2/3/4 to be split in A and B Groups to ensure competition at all levels.

Key to the success of Bournemouth’s Track Cycling League is the organisational Team. Drawing valued assistance from local Clubs, Organisations and Individuals the Arrow are delighted to have on board;

All these volunteers will require additional assistance every Tuesday evening so anyone able to join the rota of their helpers should contact the promoter via track-league@bournemouth-arrow.co.uk

on May 03, 2013
Email ThisBlogThis!Share to TwitterShare to FacebookShare to Pinterest