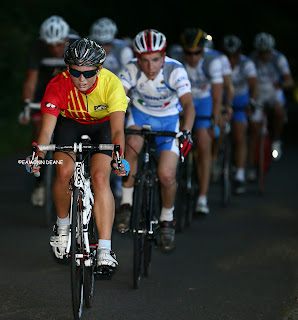 British Cycling Olympic development rider, Rebecca Raybould has been named in a four-girl GB squad for the three day Energiewacht Tour in the Netherlands.

Weymouth-based Raybould is joined by Megan Barker, Abigail Dentus & Ffion James for the junior race centered around Groningen in the North East of the country. The junior edition of the Energiewacht tour runs alongside the five day UCI 2.2 Elite Womens race, entries for the senior race include Lizzie Armisteads Boels-Dolmans team, Orica-AIS, Wiggle-Honda and a GB squad featuring Olympic academy riders,Annie Last,Bethany Crumpton, Manon Lloyd,Emily Kay,Emily Nelson & Alice Barnes. The final stage of the Elite race will take place on the German island of Borkum on Sunday 12th April, with the whole race crossing by ferry. In a first for Womens cycling the entire race will be screened live on the internet and tv.