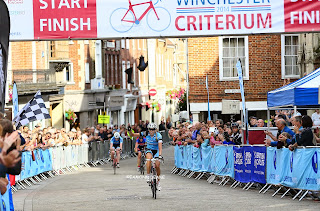 Lucy Chittenden (Unatt) produced a gutsy solo performance to win the Winchester Criterium ahead of sign-on-the-line favourite, Jo Tindley (Matrix Fitness -Vulpine). Chittenden, Tindley, Rebecca Carter (WyndyMilla) & Ruby Chappell (Behind the Bike Shed) had forged ahead early on in the 40 minute plus 3 lap race. Chittenden, a former GB funded triathlete knew she would not win a sprint finish and this was clearly on her mind as she opened up a gap on the cobbled rise through the finish line after 20 minutes of racing. 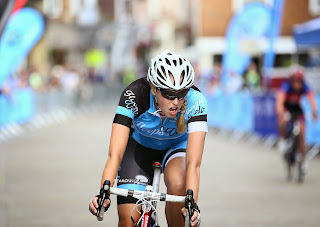 The 22 year old from Farnham, Surrey put her head down and rode away. The three chasers had the power to bring Chittenden back but too much early hesitation, as Chappell & Carter looked to Tindley to do the work, played into the hands of the lone leader. A knee injury cut short Chittenden’s multi-sport ambitions but that disappointment seemed to be far behind her as she powered around the streets of the historic city, building an unassailable lead. Unattached Chittenden crossed the line nearly 40 seconds clear, a victory that wil surely see her riding for a team next year. Tindley comfortably won the kick for second place but had hoped for better. 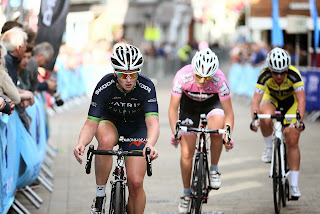 Lucy Chittenden “I wanted a break to go early, I tried to attack a couple of times and finally got away, it was bit of a shock to be honest. I knew Jo (Tindley) would finish fast, I am not really a time triallist but I am not a great sprinter either” 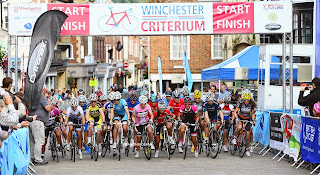 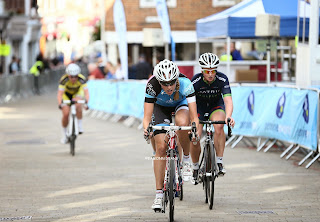 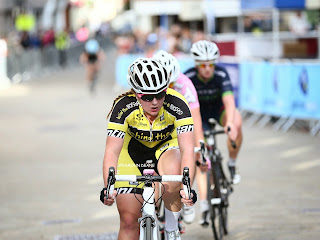 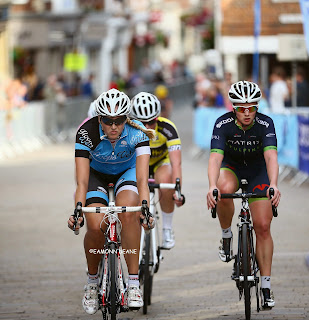 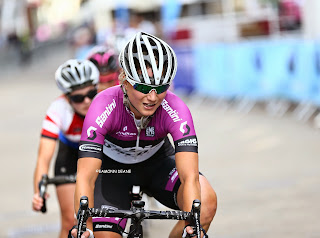 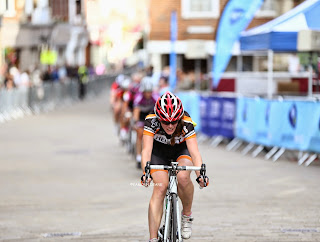 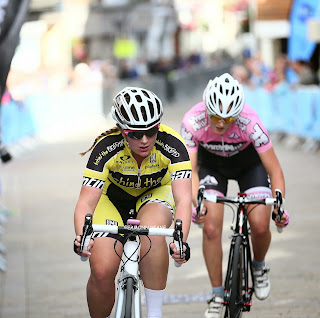 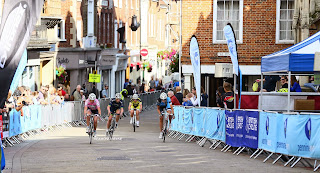 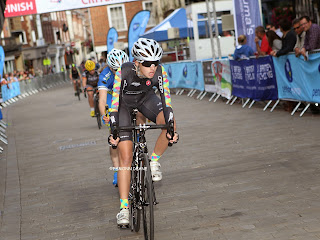 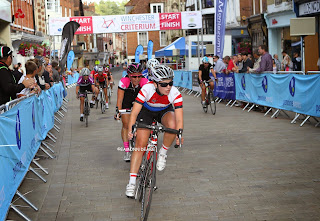 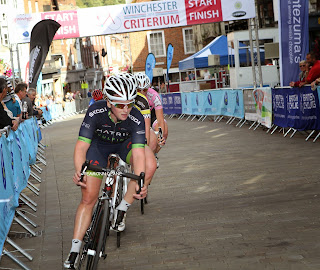 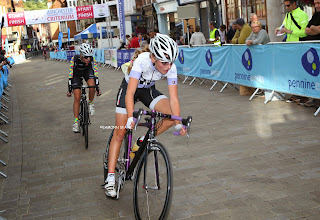 on August 18, 2014
Email ThisBlogThis!Share to TwitterShare to FacebookShare to Pinterest