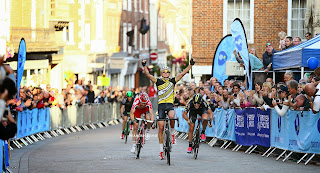 Al Murison (Bikeshed-Uex)) won the second Winchester Criterium, sprinting to victory on the cobbled High Street after a near race-long break. Murison got away with Andy Hargroves & Richard Mardle (Felt Colbornes-Hargroves RT), Jody Crawforth (Hargroves-Ridley RT) Chris McNamara (Pedal Heaven Colbornes RT) , Daniel Guest (Performance Cycles) & Joe Barry (Ride 24/7). These seven established a gap as early as the second lap and never really looked back on the one kilometre technical course.. Barry was always struggling to hold the pace and dropped back after a few laps leaving six at the front but the gap continued to grow as the half dozen knocked out 1 minute 50 second laps. 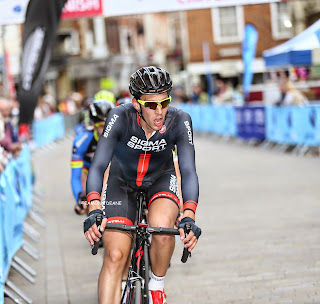 It was good to see Wouter Sybrandy (Sigma Sport .co.uk) riding strongly at the front of the chasing group, after a tough couple of years following a nasty crash in the Tour of Britain in 2012. Sybrandy looked good and the rest of the chasers were happy to leave him to it as he led the pursuit single handed. At half distance the gap was over 30 seconds and riders were being lapped, Sybrandy continued to push a huge gear but needed some help and none was forthcoming as the lead reached 40 seconds. Finally Sybrandy got some assistance as Ben Simmons (Team Wiggle), Mike Smith (Cycleworks.co.uk) & Grant Bayton (Ride 24/7) began to ride. Up front the goodwill continued as all took their turn, the injection of pace behind though had seen the gap drop to 24 seconds in just three laps. Andy Hargroves, last year’s winner, had got himself in the break but was the first to go when Murison & Mardle attacked. Crawforth & McNamara had it covered but Guest was left to chase as Hargroves faded. The chasing group was also getting smaller as the pace started to tell with 3 to go. At the bell, McNamara led, he had not missed a turn for over an hour and was still on the front coming up the high street for the final time. Crawforth came round the too-honest McNamara but had Mardle & Murison on his wheel in the uphill finish and could hold neither off as Murison took his 10th win of the season. Guest fought his way back but the effort would cost in the finale, finishing 5th behind McNamara. 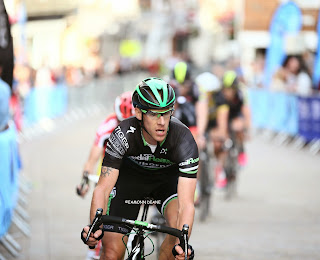 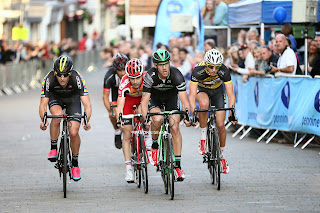 Al Murison “It was a case of get to the front as soon as possible Rich (Mardle) just dragged me on, I have been feeling tired all week. In the last two laps I knew I had a good chance, I like to wait for the sprint but you never know. We worked fairly well but to be honest I did not think we would be caught, it’s an odd little circuit, I hit the barriers with my shoulder a few times” 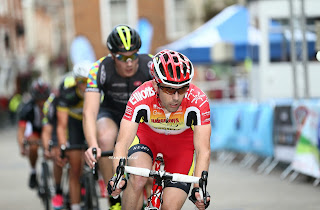 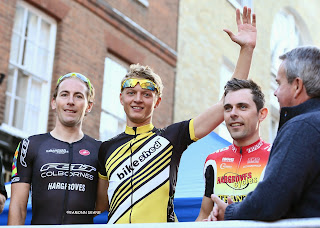 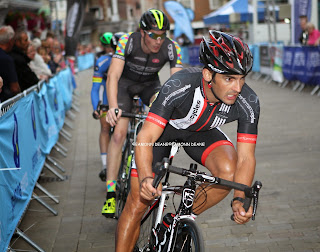 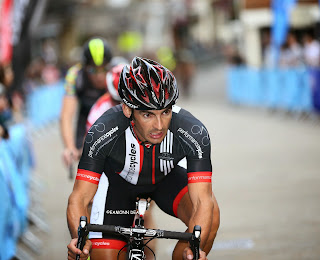 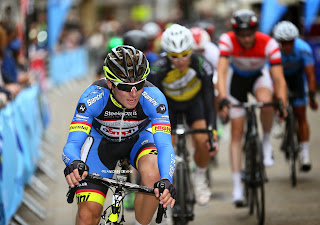 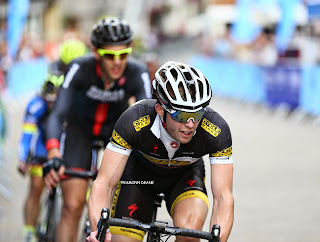 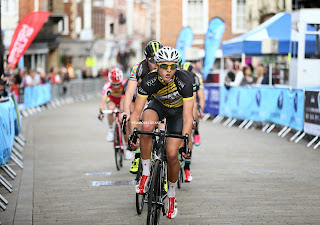