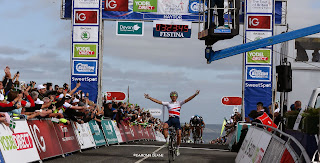 Its not Dorset but its pretty close and with the race visiting Bath for the first time on stage 6 and Brighton on stage 7 it promises to be an exciting September for cycling fans in the South. The Tour of Britain will return to Devon on Thursday 11th September. Following the success of last years Devon stage from Sidmouth to Dartmoor, which attracted a record 250,00 spectators and generated almost £5.9 million of additional spending in the county. The Devon stage will be stage 5 of the The Tour 2014 and will cover 106 miles (171km). It will take in a number of communities en route including Budleigh Salterton, Woodbury, Topsham, Exminster, Starcross , Chudleigh, Bovey Tracey, Haytor, Widecombe-in-the-Moor, Princetown, Tavistock, Okehampton, Copplestone and Crediton. This years Tour of Britain will have the race’s biggest ever line up of top tier UCI Pro teams in the 18- team field led by the likes of Team Sky who won last year’s tour with Sir Bradley Wiggins and Spanish squad Movistar who won both the Yodel Direct Sprints Jersey & SKODA King of the Mountains jersey. Other teams announced to be taking part are, Omega Pharma-Quickstep, BMC Racing, Tinkoff-Saxo, Cannondale, Garmin Sharp, Team Giant Shimano and Belken Pro Cycling. The full line up for the Tour of Britain will be announced in the summer.
Visit the Tour of Britain website 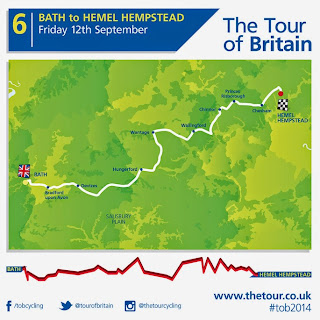