Jozef "Bionic" Metelka, Back in the Game! 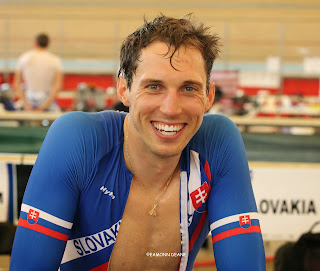 Josef Metelka was happy riding his motorbike, mountain biking and skiing were just for fun, the young Slovakian lived on the road and on the snow. He had moved to the UK in 2006, “I liked the country, I liked the people, I liked the lifestyle, I was working as a tennis coach and it was like paradise.” Sport had been a passion since childhood and by 2009 he was studying sports coaching at Oxford Brookes University, a promising career as a tennis coach beckoned but his world was about to be turned upside down. Returning home on his motorbike from an assignment, Metelka’s green Triumph motor cycle was hit by a car turning out of a side road. His left foot was crushed and despite lengthy surgery, his left leg was amputated below the knee. “It never occurred to me I would suffer a serious injury” he says, looking back. 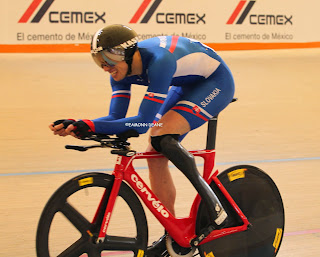 Metelka was speaking in the track centre in Aguascalientes, Mexico at the Paracycling world championships, Gold & a world record time of 4:30.603 in the C4 4KM Pursuit, silver in the Kilo, clocking 1:05.244 behind Great Britain’s Jody Cundy who broke the world record with a stunning 1:01.466 ride and another silver in the 15km scratch race, suggested he had ridden the boards before, the truth is somewhat different; “Monday drop in session, I knew he was quick at first glance, I've seen and worked with enough riders over the years to see talent stand out a mile. He'd just finished well in the Severn bridge road race the day before and was still flying round the track less than 24 hours later! Recalls coach, Kyleigh Manners. Manners continues, “He needed to smooth his edges on the track and just fine tune stuff. We booked the track for some one on one coaching and he left feeling very confident” In fact Metelka had ridden at the Newport Paracycling Cup in November 2013 and realised there was a chance to get to Mexico “. I have trained at Newport Velodrome for two or three weeks this year just before the Championship. I have loved it” Conditions at Aguascalientes were challenging,racing at altitude with temperatures in the track centre reaching 42 degrees centigrade, it was tough for the sprinters, torture for the pursuiters! 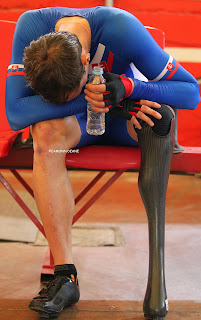 Metelka can suffer on the road as well as the track, his attacking performances at the Severn Bridge, Roy Thame cup, and Castle Combe races have caught the eye, but there is also thought behind the aggression,” I try to think to be smart in the race, power is not everything. Unfortunately I am still not smart enough, but it's getting better” The British Cycling Elite road series and the Paracycling road world championships in South Carolina in August are targeted, “The game is already on so I have to make sure I am in it” Motivation is no problem, (he is currently in Majorca adding some road endurance to his track speed,) “My favourite training is probably flat road max output for an hour, If you would call that training? Or massive long, long hill climbs, I love to lock in and pedal to the metal. If I could I would sleep on the bike, only problem so far is that I am not that good balancing with my eyes closed! He laughs. 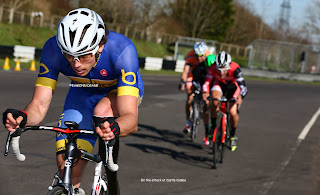 Jozef celebrated his 27th birthday last September, winning the 94 mile Spirit bikes road race, soloing to victory of course! “Victories are never easy to get, there are great riders in both Paracycling and the cycling world” Now training full time, there may be more victories to come for the ever-smiling Slovak. He is back living on the road (and a bit on the snow) and he appreciates it;
“None of what I do would be possible without people that believe in me and are supporting me with their friendship, patience and service. special thanks is to my mum who supported me in everything I have tried and achieved, Mark Akers and Matt Pearce from Beeline bikes for the never ending servicing my bikes require, Kyleigh Manners for helping with track riding technique and my friend Ben Homa who has started all of this.” 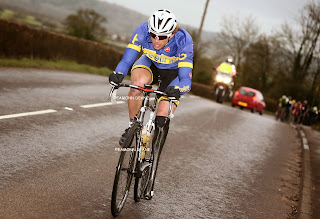 The last words are left to Manners “I have nothing but great things to say about the guy. Great rider, able to suffer at speed and smooth on the bike, a class act all round” 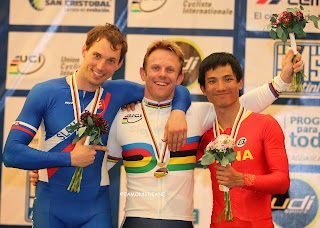 on April 25, 2014
Email ThisBlogThis!Share to TwitterShare to FacebookShare to Pinterest