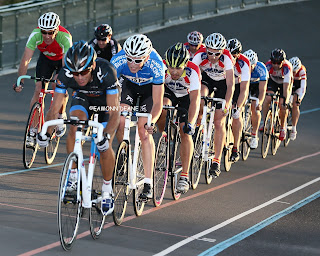 Another absorbing evening’s racing at Bournemouth track started with a 6 lap youth scratch race, a competitive affair won by Charley Calvert (BACC). Calvert, who also took the elimination race, rides aggressively and from the front. John Heffernan (New Forest CC) sprinted to victory in a close B group 8 lap scratch before league leader Gawain Bailey (Performance Cycles) took the A group scratch. Bailey went alone 3 laps out and just hung on. Adama Newlove (Fareham Wheelers) took advantage of Ellie Gilham not paying attention to win an elimination race. Gilham had looked in control but was hindmost as Newlove & Aisha Fenwick (Poole Wheelers) concentrated. Gareth Rose (BACC) took the first sprint in a 16 lap point’s race, then stayed away till the finish. Rose had enough in hand to sit up in the home straight and coast over the line. Alex Jolliffe (Poole Wh) & Dave Gilham (BACC) escaped early in the A group 16 lap scratch race. Fielding & Brendan Drewett (Fareham Wh) joined them before Jolliffe attacked in the back straight, Fielding held on but as Gilham and Drewett faded, up popped Bailey for a few more league points. Sam Clark put in a heroic effort in a 6 lap youth block handicap to hold off the bigger boys! Clark lunged for the line to cheers from the impartial judges as Calvert closed in. Lucy Edmunds (BACC) worked hard for her win in another exciting block handicap. It was Bailey again in the A group 20 lap points race. Fielding started brightly taking the first two sprints but seemed to lose interest, his early morning training session taking its toll perhaps. Eve Jefferies (Poole Wh) held off the charging Calvert to win a 3 lap handicap sprint as the light started to fail. The final race, a 15km scratch started with a bang. Fielding attacked from the gun and took a lap inside five. He was still smarting from his disqualification in the scratch the week before and responded in style. Bailey, Gilham, Ollie Hitchens (PHR), Steve Moss (BACC),Roland Tilley (Ridebike.co.uk) and Alex Jolliffe reacted quickly, stealing a lap on the fracturing bunch, however Fielding had attached himself on the back of the move, giving him two. The action had decimated the field, giving the judges a problem, solved by pulling riders out. Jolliffe and Tilley got half a lap, Tilley faded, Bailey tried late on, Fielding had it covered but probably owes teammate Hitchens a cold lemonade, it was breathless thirsty work! 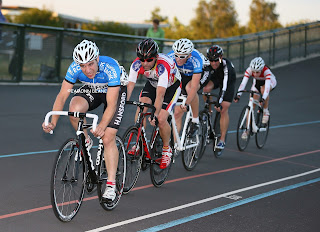 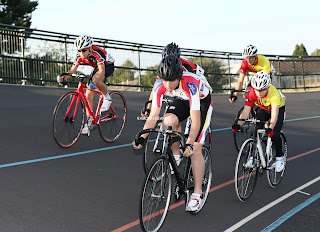 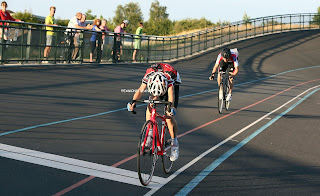 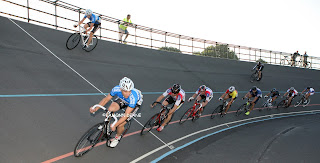 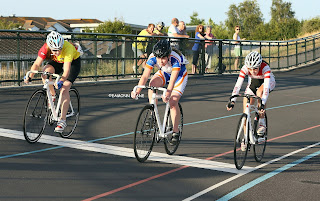 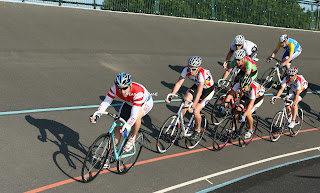 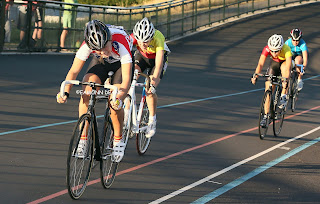 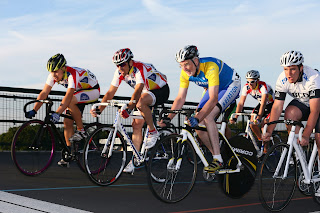 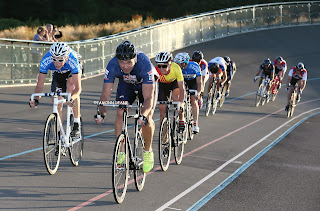 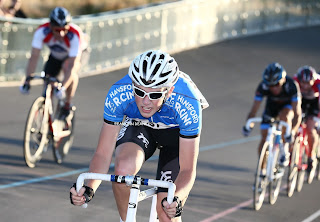 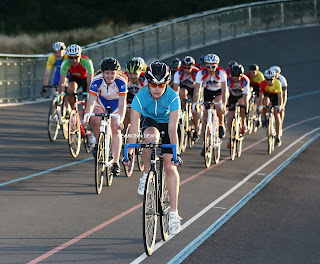 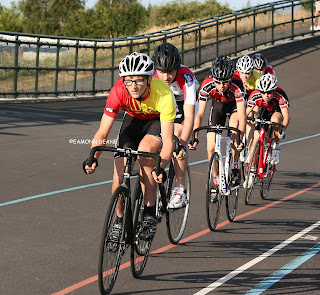 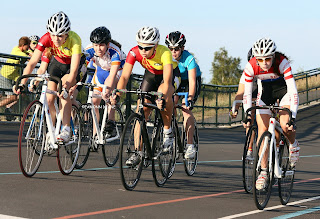 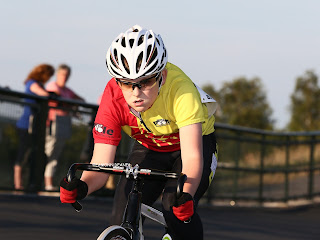 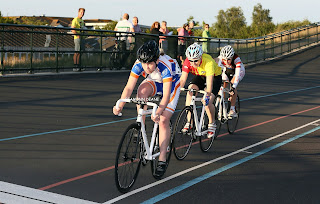 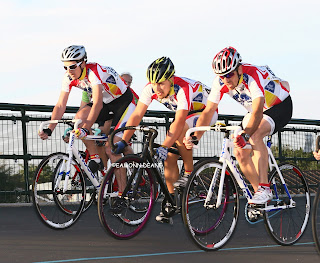 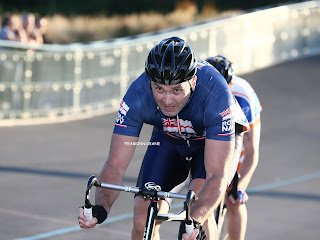 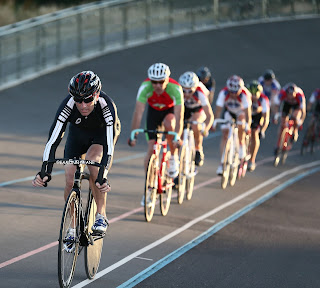 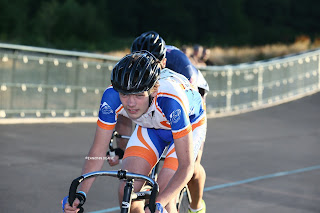 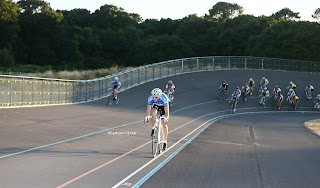 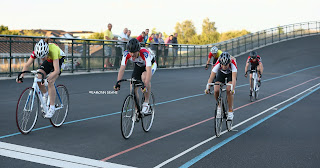 on July 23, 2013
Email ThisBlogThis!Share to TwitterShare to FacebookShare to Pinterest