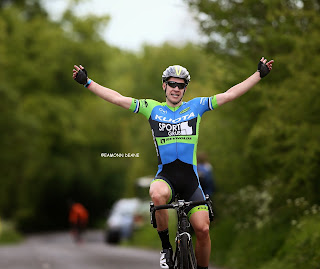 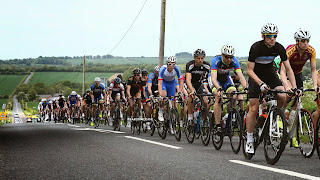 Ben Stockdale (Sport grub Kuota) won the Southern Region road race title, showboating to victory after seeing off the challenge of Tristan Robbins (Madison Genesis). Stockdale, who had a dig in the first few miles, had forged ahead with Robbins after 70 of 84 miles, taking the race to the Madison Genesis rider on the climb of Lane End Down. The pair was joined by James Phillips (Dream Cycling RT) & Will Bjergfelt (Sport grub Kuota) with two 7.5 mile laps remaining. 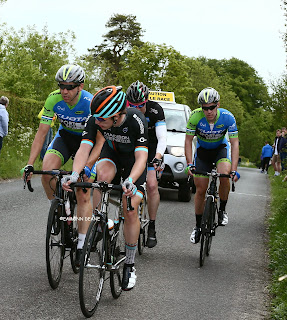 The numerical advantage was with the Sport Grub boys along with the pressure of expectation. However, if there was any pressure it did not show as they took turns to attack the tiring Robbins. “Go Stockers, Go” shouted Bjergfelt as Stockdale got the gap on Belmore Lane. Never looking back the 25 year old from Lower Swell, Gloucestershire powered away and was able to relax and enjoy the moment. Former two-time “Divs” winner Will Bjergfelt settled for third place behind winter training partner Robbins , the youngster holding off the in-form “Bjergy” in the sprint for the line. 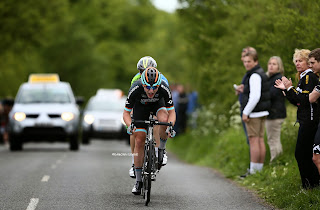 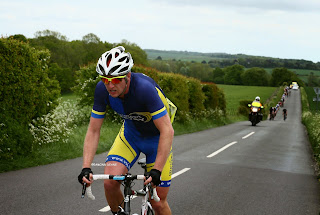 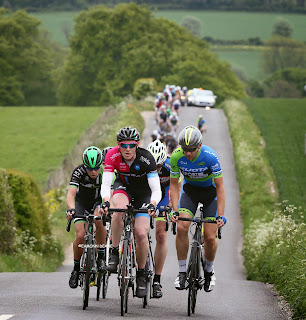 One lap later, again on Lane end, it was Stockdale who stretched the bunch out, making contact with the leaders over the top. Robbins had followed the move and the break swelled to ten with Andrew Syme (Primera-sport.com) the last to get on.. The rolling Hampshire course based around the village of Owslebury (pronounced Ozzleberry) continually asks questions which the dwindling bunch found increasingly difficult to answer. Up ahead Stockdale had the answer, testing the legs of Robbins before his teammate joined and changed the odds. 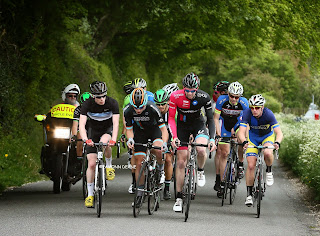 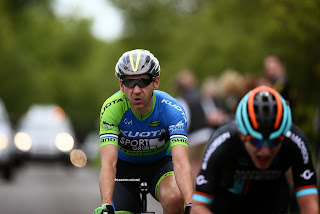 Rider Reaction
Ben Stockdale “Well, it was a hard day out, a very tough circuit, pretty much going up and down all day. We had a chat this morning, thought we would go early but it seemed to take quite a while, when it came down to the four of us, it was only a matter of time really before one of us got away, it was just which one. When I got to that final corner I knew if I had a gap that would be it” 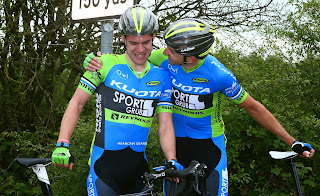 Tristan Robbins “It was a long race, I decided to save energy for the first bit then try to jump across to the break, then jump out of the break. I was suffering quite a lot when Ben attacked on the climb, I was working hard. Having been broken I was trying to save what I could to try and get second and I was pleased to get the sprint”

Will Bjergfelt “I had the early break covered but I was also conscious Ben would come across at some point so I did not want to work with it or commit to it, I did not want to burn all my matches. You can’t mess it up really When there is two of you in the break you can’t mess it up, it comes back to the team, I have won it twice before, it is nice for Ben to win it”


James Phillips “Bloody hard, I was in the early break doing a lot of work, we got caught which was frustrating, I attacked again and only Will (Bjergfelt) came with me, he said he would not work with me, fair enough,Ben was up the road, so I put my head down Will did contribute when the bunch closed and we caught the two leaders. These boys are doing these mile week in, week out I did not really have the legs on the last lap I could not go with the attacks. It is a tough course, I like it nice and hard, it drops the people hanging on”

Colin Parry “All the organisation went out of the group when Ben & Tristan went away, it was a case of trying to salvage a top ten place” 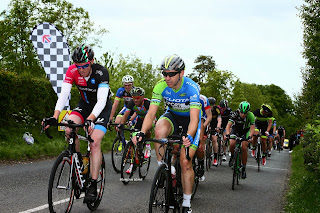 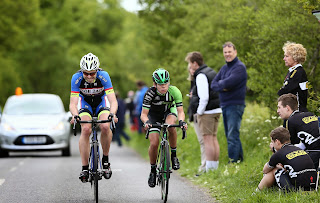 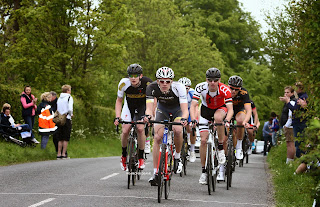 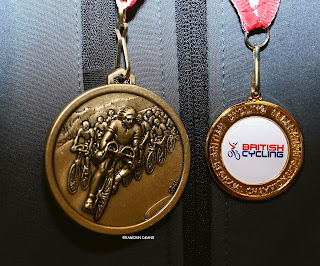 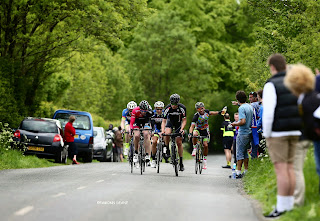 
The championships were a joint promotion from Portsmouth North End CC & Fareham Wheelers, with the Women & Juniors starting at 09:30 and the seniors off at 13.00 it was a long hard day for commisaires and marshalls alike, something Ben Stockdale thanked everyone involved with in his acceptance speech. 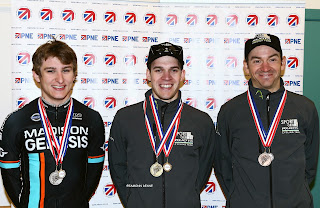 on May 17, 2015
Email ThisBlogThis!Share to TwitterShare to FacebookShare to Pinterest