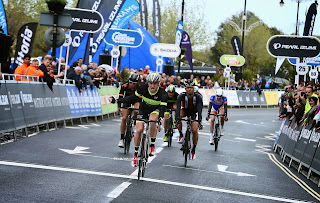 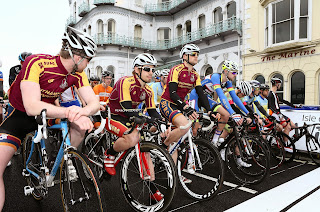 George Stainton-Ellis (ASL Projects RT ) won the Ryde Town Criterium, sprinting from the front along the Esplanade . The 45 minute + 5 lap race on the Isle of Wight was the warm up race for the first round of the Pearl Izumi Tour Series and just like the main event; it was the climb up Union Street that shaped the race. 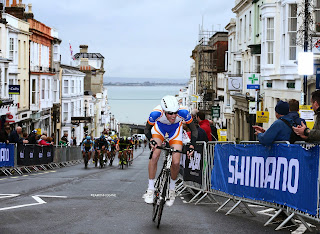 Harvey Morcombe (Fareham Wheelers) stretched the field out early on as a select group of ten formed but it was Andy Shackel (Team Wiggle) who did the damage. Pulling away on the hill, first with Kieran Page (Wightlink/LCM RT) and then going alone, Shackel opened a ten second gap which started to grow. The Team Wiggle man settled into TT mode and looked comfortable on the wet roads as the chasers looked at each other and lapped riders were pulled from the race. 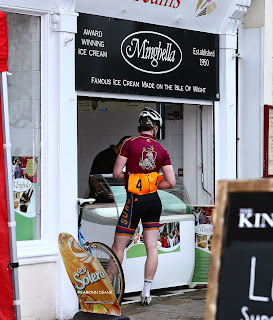 It was looking good for Shackel but Adam Moore (ASL Projects RT) & Charlie Leech (Soton Uni CC) got the pursuit organised, the gap closed and with three to go the catch was made. Twenty three times up Union Street had sapped the strength but Stainton-Ellis had just enough to hold off Joe Barry (Performance Cycles) and “Man of the Match” Shackel 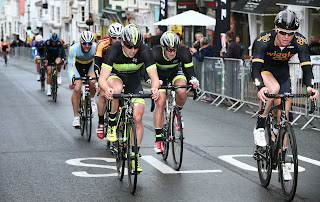 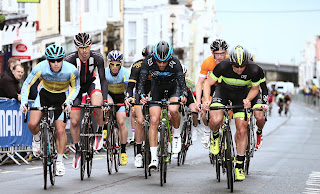 Rider Reaction
George Stainton-Ellis “Andy did a great effort, I did not have it too chase, so we worked a little bit to bring it all together, we were all a bit tired on the hill by the end and I managed to get in there for the sprint. It crossed my mind to jump across to Andy but then I went up the hill again and I realised that it probably would not work for me"

Andy Shackel “ Its always nice with a crowd it makes a big difference, I am not a climber but they were definitely helping, It was hard out there on my own although Keiran made life a bit easier, it was a bit of a gamble, it did not quite pay off but I am still happy that I managed to hang in there." 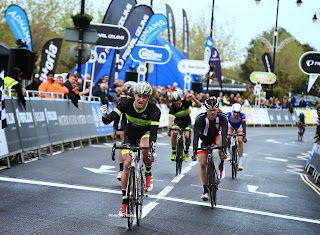 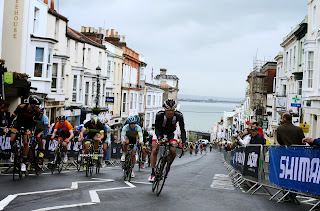 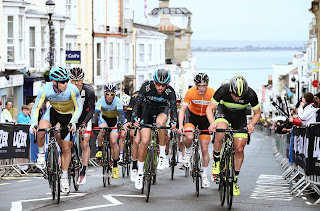 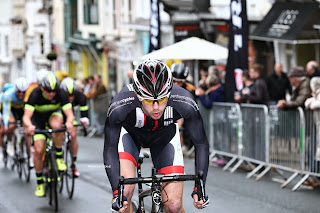 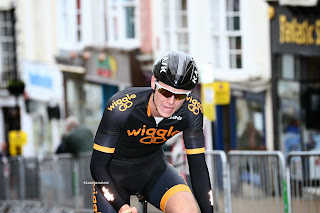 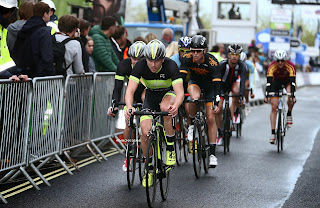 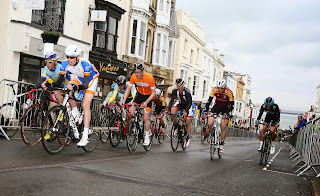 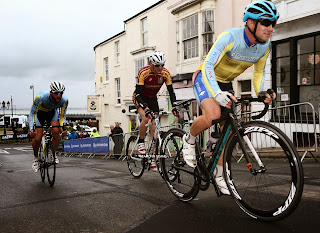 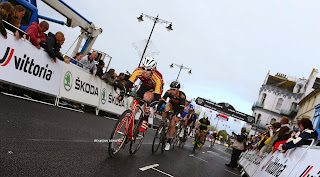 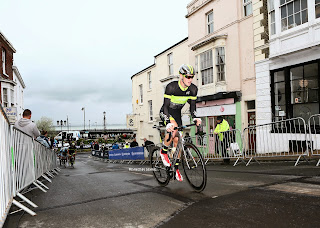 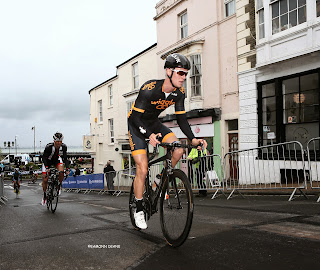 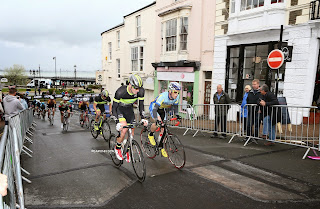 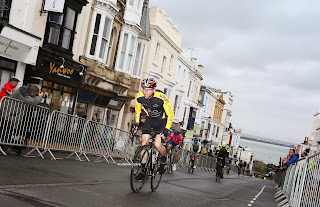 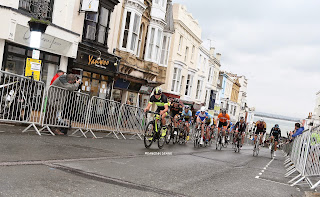 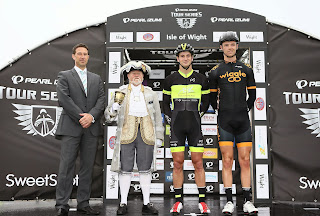 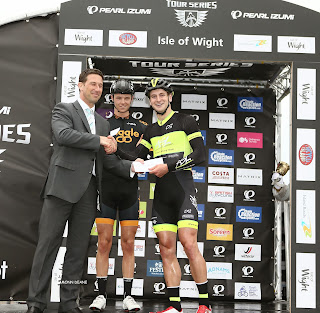 on May 15, 2015
Email ThisBlogThis!Share to TwitterShare to FacebookShare to Pinterest