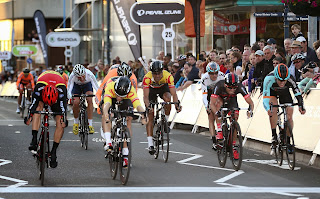 RYDE TOWN CRITIRUIM 2/3 SUPPORTING RACE FOR PEARL IZUMI TOUR SERIES
Thank you all for entering the 2/3 supporting race to be held on 14/05/2015 at Ryde, please read the following instructions and have an enjoyable day on the Isle of Wight.
Race is a Regional A Band 4.
Start Time 17.35
Consisting 40 mins plus 5 laps.
There will be one parade lap prior to start to let every rider have a quick look at the circuit.
Riders will be stopped before the start line to regroup, then when Chief Commissiare is happy race will commence.

RACE HEADQUATERS
Ryde Rowing Club, Appley Lane, Ryde, Isle of Wight. PO33 1ND.
The Rowing club is located at the eastern end of Ryde canoe lake and is approx. 800m from the circuit.
Sign on from 16.00 and closes at 17.00.
You must be ready to enter the circuit at 17.30 and will be informed of details at registration.
Timing transponders will be issued with numbers and must be handed back with number after the race.
Anyone not returning transponders or numbers will be charged for them.
There are car parks in Appley Park above the Rowing Club, these are all pay and display.
You can leave any belongings in the rowing club while the race is on.
The Rowing Clubs bar will be open after the race so feel free to use the facilities.

PRIZE LIST.
First Place £50, Second Place £30 and Third Place £20
Prizes will be awarded as fast as possible after the race as time is limited.

THE COURSE.
The start and finish line is on The Esplanade, proceed along esplanade in a westerly direction and turn sharp left into Union Street. This is a sharp turn and the start of the climb on the circuit, carry on up the hill and turn left into Cross Street. Proceed into Melville Street, this is slightly downhill. Left into Dover Street which is a fast decent to swing left back onto the Esplanade, along to finish line to complete a lap. 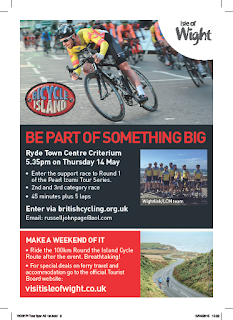 on May 10, 2015
Email ThisBlogThis!Share to TwitterShare to FacebookShare to Pinterest