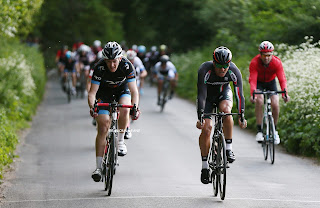 Eastwood gets some Air! 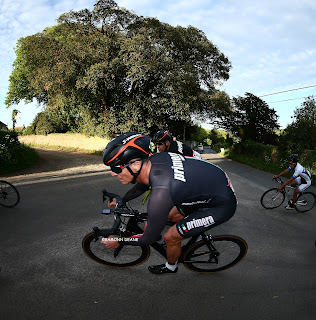 Jay Eastwood (Primera-sport.com) edged out Pete Warner (ridebike.co.uk/training room) in a messy sprint to win round 3 of the Ride Moreton race series. Eastwood forced his way out of a box to get onto Warners wheel before coming round with perfect timing. Jason Gault (Bournemouth Jubilee Wheelers) took third place, showing last week's win was no fluke. The pan-flat pursuit had seen the scratch group bring the race together with two, three mile laps remaining. James Horton (primera-sport.com) struck out for glory, the gap was small and Horton was soon back in the bunch. 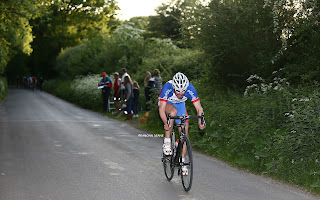 Dave Pickering (Bournemouth Jubilee Wh) went with a lap to go, the gap was bigger, the legs were stronger, the commitment beyond question, yet the fate was that of Horton’s. Pickering was swallowed up on the last corner, at that distance the bunch can smell the line and nobody is going anywhere. Warner, however sensed a lull and attacked early immediately opening a gap of three lengths, the Dorset League leader put his head down and looked set for victory but Eastwood had other ideas. 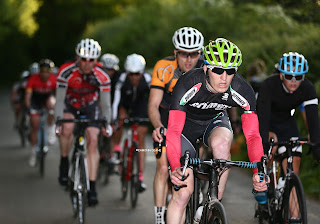 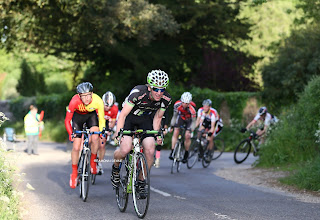 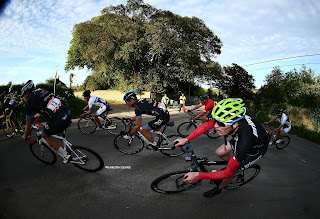 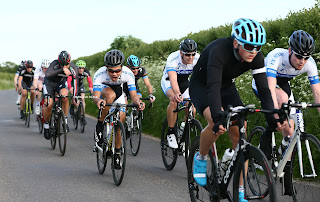 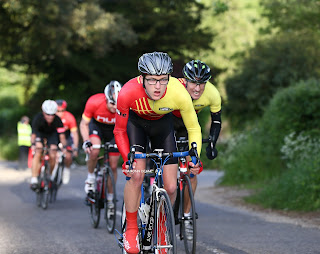 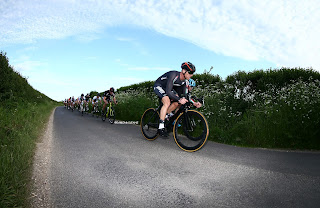 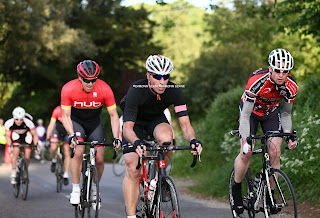 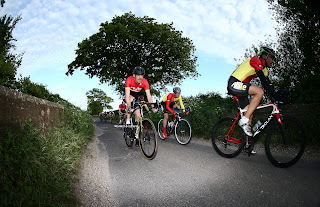 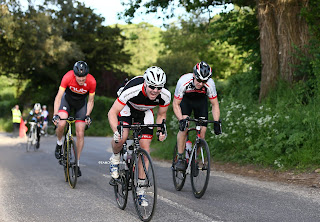 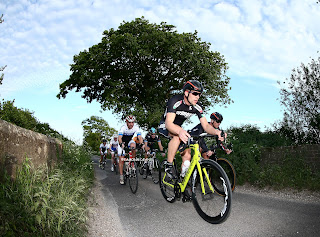 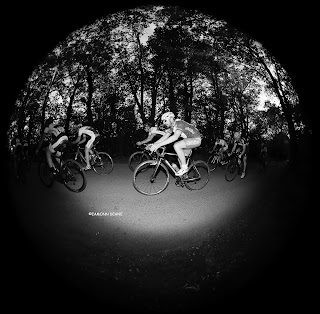 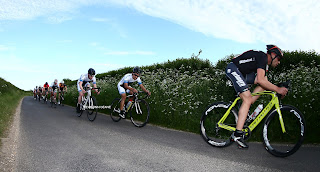 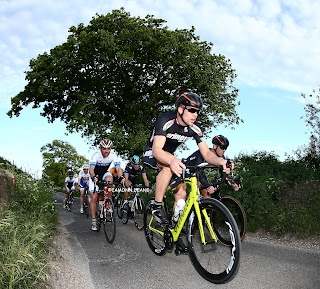 on May 28, 2015
Email ThisBlogThis!Share to TwitterShare to FacebookShare to Pinterest