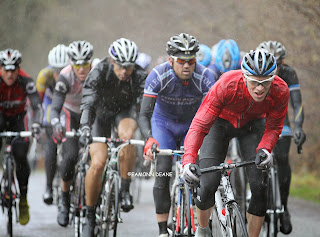 On the day the 2015 Tour de France route was revealed entries opened for next year’s 50th Perfs Pedal race. The traditional domestic road-season opener in the South started way back in July 1964, moving to its early season slot the following year. Promoted by Mick Waite on behalf of VC ST Raphael, Perfs has always proved a tough early season test, the vagaries of the winter weather as much as the course, providing the examination. The 2014 edition of Perfs was cancelled due to flooding, Perfs was also cancelled in 2003 due to flooding and again in 2010 this time due to poor road surfaces. The 45 mile, 2015 race takes place on Sunday 8th February and will feature 4 laps of the Portsdown Hill circuit above Portsmouth before switching to the Newtown Circuit, the finish coming on the second climb of One Hundred Acres Road. Perfs is open to elite, 1st, 2nd & 3rd category riders and features National Escort Group accredited motorcycle marshals and accredited road marshals. Details HERE
Postal Entry only to:
Mr Michael Waite
249 Havant Road
Farlington
Portsmouth
Hampshire
PO6 1DB
02392379753
£30.00 payable to M WAITE

on October 23, 2014
Email ThisBlogThis!Share to TwitterShare to FacebookShare to Pinterest