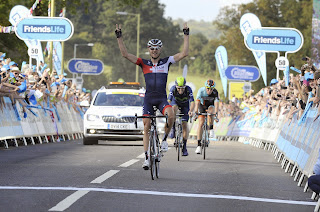 Matthias Brandle of IAM Cycling chalked up his second straight stage win, but the story of the day was Movistar Team's Alex Dowsett blowing the Friends Life 2014 Tour of Britain asunder with the ride of his life in one of the most dramatic ever stages of the modern day race.

A trio of Exeter winner Matthias Brandle, Alex Dowsett and Madison Genesis' Tom Stewart rode in perfect unison for the best part of 160km to dominate the long stage from Bath to Hemel Hempsted, which many had expected to end in a sprint.

Through the rural lanes of Wiltshire, Oxfordshire, Buckinghamshire and Hertfordshire they poured on the power and the pace and cheered on by the biggest crowds of the week the trio prevailed to pull off one of the most stunning coups you will ever see.

At the start of the day Dowsett, in 21st position overall at 1 minute 25 seconds behind, was seemingly out of contention for the Friends Life General Classification honours, although there was every chance he would climb a fair few places in Sunday's short time-trial which suits him perfectly. 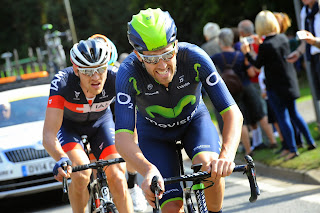 The Essex rider, 25, has looked strong all week and but for a double puncture when pressing hard in the break on Stage Four might well have featured much higher up the rankings before now.

Equally Brandle, in relaxed mode after winning in Exeter on Thursday and trailing the Friends Life Yellow Jersey of Michal Kwiatkowski by 2 minutes 35 seconds, felt able to try something spectacular and not count the cost should it fail. As for Stewart, the Yorkshire man featured strongly in the break on the Tumble stage on Tuesday and when he suddenly found himself in such elite company so early in the stage he just strapped in and hung on for dear life, buoyed no doubt by the local knowledge of team manager Roger Hammond. 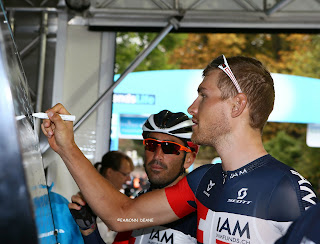 Whether it was because the leaders were absorbed with marking each other, tired from an unexpectedly brutal week or were mindful of a very tough 227-kilometre run from Camberley to Brighton tomorrow, they allowed to go out way beyond what the peloton would normally allow such talented riders.

Five minutes, seven minutes, nine minutes and finally nine minutes 15 seconds at 82km from home. The lead grew and grew and by the time the peloton realised that the trio were not noticeably tiring it was too late. At which point there was a massive red alert and panic.

Omega Pharma Quick-Step blew themselves to pieces riding for Kwiatkowski with Mark Cavendish and Niki Terpstra burying themselves on the Chiltern climbs. At one stage members of other teams were hand slinging the seemingly tireless Julien Vermote to try and get him to the front to reinforce the chase, which was a remarkable sight.

Team Sky were shorthanded but also sent Ben Swift up the front on a do or die mission to trying a claw back some of the time and eventually Bardiani CSF, the team of second place Edoardo Zardini, bent their backs. But it was all too late. The escape was well and truly away

"I'm in the form of my life but that was the hardest day of my life," admitted Dowsett afterwards. "It was into a headwind most of the day and once I got into the break I was actually a bit hacked with myself to be honest because I had always thought I might have a good time-trial on Sunday and I was leaving a lot out there on the road. I thought I thought I might have given too much.

"But then the gap went up to seven minutes and I thought, that's getting quite big. Then it went to eight minutes, nine minutes, and finally topped out at a bit over nine minutes. That's when I really started digging in and a bit later I sort of made an agreement with Mathias that he could win the stage as it looked like there was a good chance of taking yellow.

"It was a risk I was willing to take. And he gave me absolute everything, I couldn't have done it without him and Tom at Madison probably had one of the hardest days of his life, he gave everything he could and I'm grateful to him and Roger Hammond in the car for his advice with his local knowledge, telling us exactly what was coming up. I was very grateful for that.

"For the last 100-kilometres, I was more or less flat out. I was buckling in the last 5-kilometres and I was relying heavily on Matthias. Before the Commonwealths, I was doubting myself a lot. So this is more proof to me that I'm able to compete at this level. 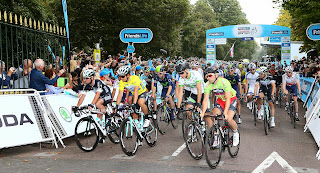 "It was also great to see all my family at the finish, it was a complete surprise, I didn't expect to see any of them until the finish in Brighton. It was some day."

Dowsett now has the Friends Life Yellow Jersey and a 34 second lead over second placed Kwiatkowski and with the two riders probably fairly evenly matched on the time-trial – Dowsett might just be favourite to edge that one – a huge mount now depends on the monster Sussex stage finishing in Brighton, which features two Category One SKODA King of the Mountains climbs in the last 17-kilometres - Ditchling Beacon and the sharp ramp of Bear Road up to the racecourse.

Much will depend on how his team mates can react to the various attacks that will inevitably come but Movistar Team arrived at the Friends Life Tour of Britain determined to challenge for overall honours and have supported Dowsett with a versatile team - Giovanni Visconti, Pablo Lastras, Sylvester Szmyd, Ion Izaguirre and Enrique Sanz Unze - capable of mounting a strong defence of the Friends Life Yellow Jersey.

"I will give it everything I have got. Obviously Kwiatkowski is going like a train so I need to rest up as much as I can and give it my all tomorrow and in the time-trial. It's a nice positon to be in though.”

Saturday sees the penultimate stage of the Friends Life Tour of Britain, and the modern Tour's first visit to Sussex, for a leg starting from Camberley, in Surrey Heath, through West and East Sussex before the finish on Brighton's Maderia Drive.

Highlights of Stage Six are on ITV4 at 2000 on Friday 12 September, with live coverage resuming from 1300 on Saturday on ITV4, for Stage Seven from Camberley to Brighton. 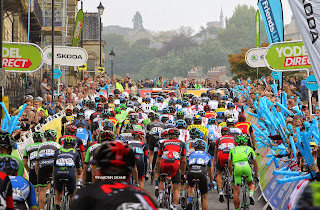 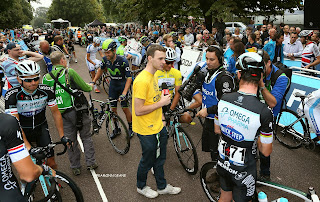 on September 12, 2014
Email ThisBlogThis!Share to TwitterShare to FacebookShare to Pinterest