Kittel to Challenge Cavedish at Tour of Britain! 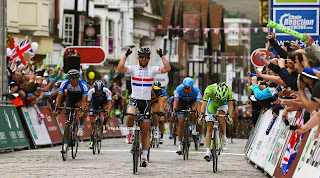 Kittel, who won the Tour de France stages to Harrogate and The Mall, plus the bunch sprints in Lille and Paris, will lead Team Giant Shimano in the eight day Friends Life Tour of Britain, which will be his first appearance in the race.

The weekend saw two further rider line-ups for the Friends Life Tour of Britain also confirmed, with Nicolas Roche returning to the race for the first time since 2009 to lead the Tinkoff – Saxo squad

Riding alongside Roche will be Italian time trialist Manuele Boaro, who recently finished third overall in the Tour of Denmark, and former Tour of Britain stage winner and race leader Nikolai Trusov, who won Stage Three to Taunton in 2007 while racing for the former Tinkoff Credit Systems team.

Completing the line-up will be Rory Sutherland, Christopher Juul-Jensen and Danish youngster Rasmus Guldhammer, currently riding for Tinkoff Saxo as a stagiare, or trainee, who formerly rode for world famous HTC Columbia team in 2010.

The second line-up confirmed over the weekend was that of Rapha Condor JLT, the reigning Pearl Izumi Tour Series champions. Leading the men in black will be former SKODA King of the Mountains Kristian House and Cornish sprinter Chris Opie.

Their remaining four riders will be Mike Cuming, Richard Handley, Tom Moses and Hugh Carthy, who won the week long Tour of Korea earlier this Summer. 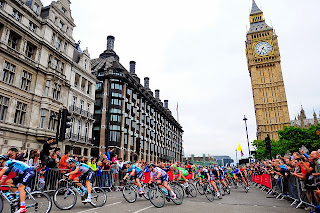 All three squads will be at the Friends Life Tour of Britain team presentation in Liverpool city centre on Saturday evening. Hosted in Chavasse Park by the Liverpool ONE complex, teams will appear on stage from 1730 onwards, the evening before the city hosts Stage One.

The full 120-rider provisional start list will be published on Tuesday (2 September) morning.

on September 01, 2014
Email ThisBlogThis!Share to TwitterShare to FacebookShare to Pinterest