Tribute statemement from the family of PC Richard Phillips-Schofield


The family of PC Rich Phillips-Schofield, who died on Tuesday from injuries sustained in a cycling accident, have today released a statement in tribute to their son and brother.

His parents, Elizabeth and Frederick, brother Eddie and girlfriend Hannah, thanked the community for its support.

"We are overwhelmed by the love and support shown by Richard's friends, colleagues, community and fellow cyclists who have been making contact since we lost Rich on Tuesday.

"We were and always will be extremely proud of Rich, of what he achieved in his career and all of his personal and sporting achievements. He was a naturally gifted sportsman, and his great passion in life was for cycling, at which he was exceptional. Even more, we were proud of the man that he was.

"His loss is absolutely devastating, but the support everyone is showing is truly helping us."

An online book of condolence has been set up on the Hampshire Constabulary website, for those who wish to leave a tribute to the 33-year-old officer, who was stationed at Bitterne. It will be collated and presented to Rich's parents once completed.

The book can be found at:HERE

"The last few days have shown the reality behind the term 'the police family'.

"The support from across the force, UK policing and the public in Southampton has been overwhelming. People in Southampton have been stopping officers in the street to show their support and express their condolences, and flowers have been left in tribute outside Bitterne Police Station.

"Rich's parents have told us that they are astonished with the compassion, kind thoughts and support they have received. Over the coming days we gather with them to remember Rich, reflect on his time with us and his outstanding career.” 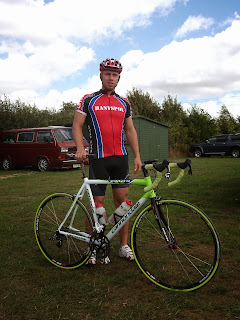 on March 13, 2014
Email ThisBlogThis!Share to TwitterShare to FacebookShare to Pinterest