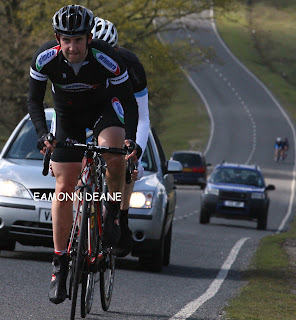 Jay Eastwood reports on a windy Moreton…….A low turn out in gale conditions but a win is a win! Ian Legg(Primera/Specialized) celebrated the birth of his daughter, Lily who was there with new mum Amy at her first race to watch Ian sprint to his first win of the season.

Jay Eastwood took second which should place him top of the leader board in the current series.

Primera Specialized were also rewarding their new eyewear sponsor Manbi International Sportswear who are supplying the team with Salice 006 glasses, a popular choice on the continent within the Pro Tour teams and now here with the Bournemouth based team.
Ashley Sutton with report & pictures from Moreton.
Ian Legg Takes Victory in a Windy Round 3 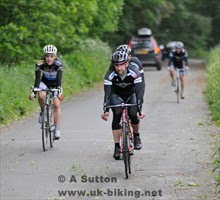 Yesterday, after a wet and blustery day, the wind and rain subsided enough for Ian Legg (Primera Specialized) to take victory in the third round of the UK-Biking Moreton Road Race Series, just ahead of teammate Jay Eastwood.

Finishing in a group of 4 riders, it was a closely contested sprint between the 2 teammates, who gained the first 2 positions, ahead of Luke Gray (Baboco Cycling Team) and Mark Chadbourne (Ride Bike).

Steve Dring (Team Echelon-Rotor) was next over the line having been distanced from the winning group and forced to work determinedly by himself in the undesirable conditions. The remaining riders formed small groups and worked together well to try and cut the deficit, despite the continued high winds that made it particularly difficult for all.

The UK-Biking Primera Duo, of Garrett Hill and Keith Randle, worked together for much of the race & came home in 6th and 7th place respectively, holding off a group of three riders; Matthew Mildon , Sean Kenneally and Martin Aldridge for the remaining positions. 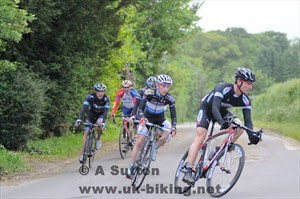 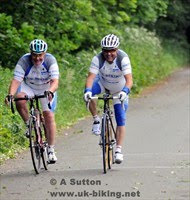 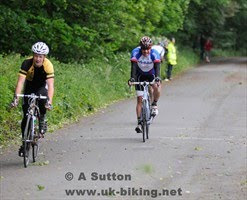