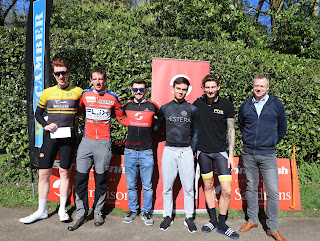 Leading after the first day time trials, Alexander Welburn (Trainsharp) wrapped up the Sandison 2 Day in Dorset on Sunday. The 24 year old Trainsharp sports scientist from Brighton rode tactically on stage 3, a 55 mile road stage on the Bryanstone circuit, marking his rivals for a comfortable win. 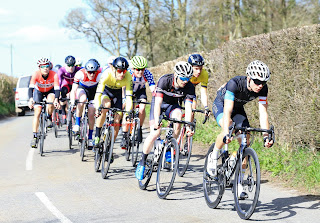 Welburn had laid the foundations for victory on Saturday, winning the 10 mile time trial, in 23:43, an 11 second margin over Chris Owram, after finishing 2nd in the prologue hill climb behind Jack English (Team Estera), at Pimperne. Adam Toole (VC Equipe) won stage 3, bridging across to a three man break before out sprinting Andrew Whittemoore (Exeter Wh) as the bunch closed in. 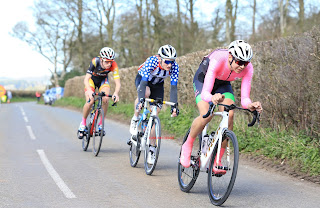 Archie Cross (Team B38) , Callum Dunford (Jam CyclingRT) & Paul Newsome (Project 51) had escaped the bunch on lap 3 of 10 but despite their hard work the lead was never more than 45 seconds. 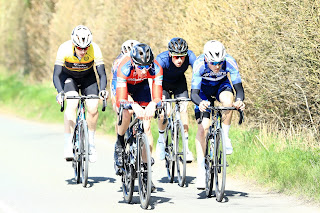 With 3, 5.5 mile laps remaining Toole made his move, taking Andy Whittemore (Exeter Wheelers), Nick Tyrie (Primera-Teamjobs) and Josh Coyne (BPM Coaching) with him, they quickly caught the tiring trio. Newsome & Coyne could not live with the pace as the bell rang, the GC contenders in the bunch made sure of their placings and were close enough to see Toole celebrate along Fairmile road above Blandford Forum. Organiser Tom Clements had issued “GC order” numbers before stage 3, a move that was well received by the riders, everybody knowing who was who! Continued support from Sandisons Medical Accountants allowed Clements to offer a £500 plus prize fund for this popular race. 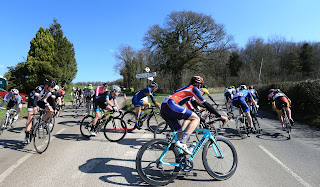 Rider Reaction:
Alexander Welburn “ Going into the stage i was a bit nervous really, there were a few teams, it could have been be quite close with the available time bonuses and with everyone wearing GC numbers it was easy to spot everyone. Yes, try hard not get too carried away, sit in when I needed too and do some work when I needed too. Going into the last few laps we were working well together to try and get the break back, everyone was riding strong, it was pretty tough. We had a little conversation just to make sure we were working, pushing hard and it was quite tactical, it was good, a race within a race really. Coach Chris McNamara has given me a lot of advice for today and with Connor our Aero guy we did a lot, we modeled the TT at work and got within 10 seconds of what we predicted”

Jack English
“It was pretty hard, we were pulling turns on the front with Alex (Welburn), it as hard to getaway on this course, it wasn’t really hard enough, the climb wasn’t really steep enough, little ring at the bottom but after the first hundred metres it was straight on the big ring”

Adam Toole “It was a good race, the early break of 3 went up the road, bunch was riding quite negative, i burnt a few matches early on, then decided to sit in then with two to go I went as hard as I could. Got across, they were all tired after 30 miles away, managed to get them to work before dropping two on the last lap, we were getting caught on the last corner, I knew it was pretty close but I did not look behind. Andy (Whittemore) absolutely leathered it, I just got onto his wheel and pipped him in the sprint, Happy Days!

“Christoper Owram “My first stage race so I am happy with third, its only my second year of racing. I know I can time trial but I lost a bit of time in the hill climb. I had a plan for the road stage, my focus was Alex (Welburn), to make sure he did not get away, i was not concerned about the break I knew I could put the power down when I needed too” 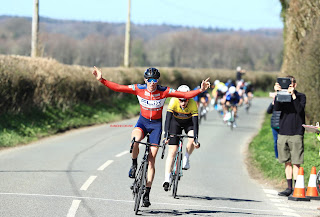 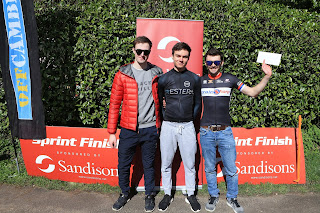 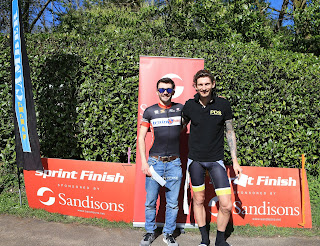 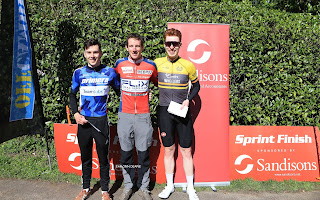 on March 24, 2019
Email ThisBlogThis!Share to TwitterShare to FacebookShare to Pinterest