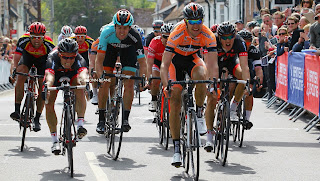 British Cycling has confirmed that the 2017 HSBC UK National Road Championships will take place on the Isle of Man. The British Road Championships will take place on the island in June, with the national time trial championships on Thursday 22 and the road races on Sunday 25.
Road Series dates
British Cycling has also confirmed the dates and venues for the HSBC UK Spring Cup Series, HSBC UK Grand Prix Series, HSBC UK National Women’s Road Series and HSBC UK National Circuit Series. The loss of the Wiltshire Grand Prix has left precious little in the south, with the National Circuit series better titled the Yorkshire Circuit series. Whilst our friends in the north will enjoy most of the top class action, the best youngsters will be heading south. The national junior championships at Wallingford Oxfordshire on Sunday 16th July will for the first time be stand alone races with equal prize money. The Womens road series features rounds in Essex and North Bucks
National Dates
HSBC UK Spring Cup Series
Sunday 2 April
East Cleveland Klondike Grand Prix
Sunday 9 April
Tour of the Wolds
Saturday 15 April
Chorley Grand Prix
Sunday 14 May
Lincoln Grand Prix

on January 09, 2017
Email ThisBlogThis!Share to TwitterShare to FacebookShare to Pinterest