Calvert & Fielding on Track in the Netherlands 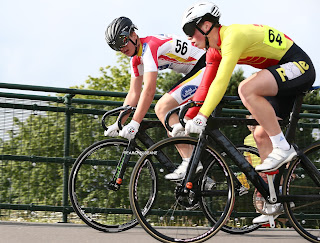 British Cycling’s Junior Academy sprint and endurance riders, Ali Fielding & Charley Calvert will be representing Great Britain Cycling Team at this weekend’s ‘The Next Generation’ contest at the Omnisport Arena in Apeldoorn, Netherlands. Calvert, who finished second to Sam Wadsley in the New Forest CC Boxing day 10 has been training in Newport ahead of the trip to Holland, a training block that left the Bournemouth Arrow man "heavy legged" in the festive time trial. Sprinter & former Poole Wheeler, Ali Fielding has also been named in the GB team, the pair often going head to head at the Bournemouth track league. South region circuit champion, Pfeiffer Georgi also travels as part of the womens endurance team. The Next Generation contest provides a great opportunity for riders to experience international competition.A team of 24 riders are travelling to the international event which runs from the 7-8 January andoffers a full track racing programme for the junior riders against competition from across Europe, including, a team pursuit, unusual at this level. 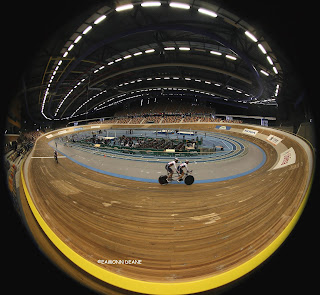 
on January 05, 2017
Email ThisBlogThis!Share to TwitterShare to FacebookShare to Pinterest