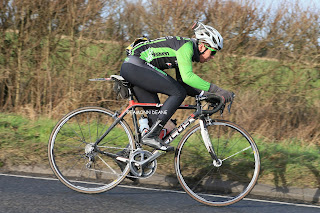 Webber riding the New Forest Boxing Day 10, His final outing in PedalHeaven Colours.
The 21-year-old, from Andover, has signed for Britain’s newest professional cycling team ahead of the 2017 campaign.
He makes the switch from Fleet-based Pedal Heaven, along with eight team-mates and sports director Tim Elverson.
And Webber, who began cycling with Andover Wheelers, can’t wait to get started on a project which will see him ride world-renowned Canyon bikes and come under the spotlight of Sky television channel BIKE.
He said: "I'm really pleased and excited to be a part of BIKE Channel Canyon next season.
“From the first team get-together back in November, it was clear how well everyone was bonding and the confidence in the team was already there.
“I can't wait to work with the BIKE Channel, who will be documenting a lot of our pre-season training along with the racing.
“I’m also really looking forward to racing on Canyon bikes next year, too. They seem to be racking up all the best bike awards at the moment!
“All in all, it looks like we have a brilliant year ahead.”
Chris Opie, one of Britain’s finest sprinters, has made the move from ONE Pro Cycling to become BIKE Channel Canyon’s lead rider.
George Atkins has crossed over from JLT Condor, while Rob Partridge and James Lowsley-Williams have arrived from NFTO.
Rory Townsend, Dexter Gardias, Jack Pullar, Max Stedman, Joe Fry, Harry Tanfield, Jake Womersley and Alex Richardson have all joined Webber from Pedal Heaven, who have ceased racing in the professional ranks.
And the squad is made up by Sam Lowe, formerly of Team Wiggins, and Matt Nowell, who will step up from the Wheelbase Altura team.
Follow BIKE Channel Canyon’s progress on social media, via Facebook, Twitter (links on side panel) and Instagram, and on the race team’s official website www.bikechannelcanyon.co.uk 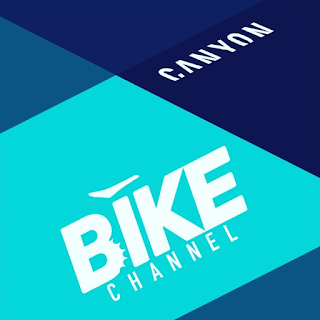 BIKE Channel Canyon is based with owner, manager and sports director Tim Elverson in Fleet, Hampshire.

BIKE Channel and Canyon announced their partnership in new UK-based professional cycling team, BIKE Channel Canyon, on Wednesday, November 30.
The team will compete at UCI Continental level and will be led by sports director Tim Elverson, formerly of Pedal Heaven, with Chris Opie taking up the role of lead rider after his switch from ONE Pro Cycling.
Elverson has put together a dynamic stable full of young British talent, with an average age of just 24.
The full roster sees Opie joined by Dexter Gardias, Jack Pullar, Rory Townsend, George Atkins, Rob Partridge, James Lowsley-Williams, Sam Lowe, Harry Tanfield, Alex Richardson, Max Stedman, Joe Fry, Jake Womersley, Mitch Webber and Matt Nowell.
The squad will ride Canyon’s flagship bikes - the Aeroad CF SLX and Ultimate CF SLX.
Online magazine and cyclopedia Bikesoup and Brother UK are key partners of the team.
Other products sponsors of the team include Salice, Sidi, High5, Astute and Arundel.
Through BIKE Channel and Bikesoup, fans will be given an unparalleled look at the world of professional cycling.

Filippo Ubaldini, founder and chief executive of BIKE Channel, said: “The BIKE Channel Canyon team represents a new model of cycling team, one which brings fans even closer to the action and shows them what it means to be a professional cyclist.
“BIKE Channel’s viewers and fans will be able to take part in events and rides with the team and get to know the personality of every rider as never experienced before.”

Nick Allen, Canyon’s UK market manager, said: “We are extremely excited to be co-title sponsor of the new British cycling team BIKE Channel Canyon.
“Canyon’s long-term investment in this new UCI Continental team is yet another way for us to demonstrate our ongoing commitment to the professional sport of cycling and its growth within the United Kingdom and Ireland.
“We are confident this will be a successful initiative, one which will serve to boost the British professional road cycling circuit and excite and inspire cycling fans around the country.
“It will also offer potential customers the opportunity to see Canyon road bikes in action and even test the bikes at selected team events and races.”

Tim Elverson, BIKE Channel Canyon owner, manager and sports director, said: “This is an exciting long term project to be involved in that will allow me to develop and progress the squad across the coming seasons.
“The vibe and energy coming from the team already is great and we just can’t wait to go racing.”

Chris Opie, BIKE Channel Canyon lead rider, said: “I’m really excited for 2017 with BIKE Channel Canyon. It is a fantastic opportunity and challenge for me.
“A team tied to a broadcaster gives us the opportunity to connect with our fans in ways which haven’t been explored before.
“I am looking forward to working with an enthusiastic, motivated and professional team who know how to race well and enjoy our sport at the same time.”


on December 31, 2016
Email ThisBlogThis!Share to TwitterShare to FacebookShare to Pinterest