Jack Billyard (Zappis Racing Team) is one of 27 riders selected to receive Dave Rayner funding for 2016. The first year Under 23 rider from Devizes, Wiltshire won the Southern Region Junior road title last term and caught the eye with a string of good performances. 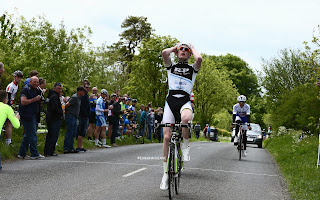 Billyard will be based in Italy and is currently in Portugal with his Zappis racing team squad from where Jack spoke to “Local Riders,Local Races”………
“We're in Tavira right on the South coast of Portugal at the moment until March for a training camp. It's a fantastic place to be with the weather and terrain being right on the edge of the Algarve. We're also going to race a few UCI and other nationals while we're here in both Spain and Portugal. We head to Rimini on the East coast of Italy on March 23rd and we'll be there until October 6th racing a unique calendar consisting of 24 UCI races against some of the best amateurs in the world including the U23 San Remo, the U23 Giro D'Italia and the U23 Lombardia.
It's been a huge change moving out here. We all live out together - there's the head of the team; Flavio Zappi, his wife Jayne, and 7 other guys who are all fantastically strong riders with a diverse set of abilities. The other members of the team are at university back home and will join us when their exams are over. It's a tough lifestyle with the training, diet and afternoon activity every day that varies between swimming, walking, table tennis (to improve our reflexes) and yoga, but it's an amazing experience just to be here and I wouldn't change it for the world!
I must take the opportunity to thank the Dave Rayner Fund who are vital to my sustainability here; they provide me with funding throughout the season that enables me to ride full time, and my parents who have been incredibly supportive of this slightly unorthodox career choice. 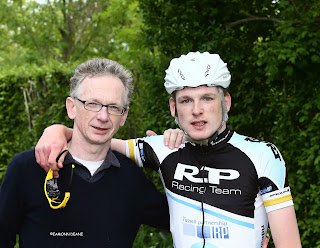 Peter & Jack Billyard
I also wouldn't be here without any of the help from my superb coach last year Martin Smith and the guidance from both Peter Georgii and Andy Cook all of whom I owe this year to. Here's to a great 2016!”
Read about Billyards Junior title win HERE

Jack will be writing regularly for "Local Riders, Local Races" during the season.

on January 22, 2016
Email ThisBlogThis!Share to TwitterShare to FacebookShare to Pinterest